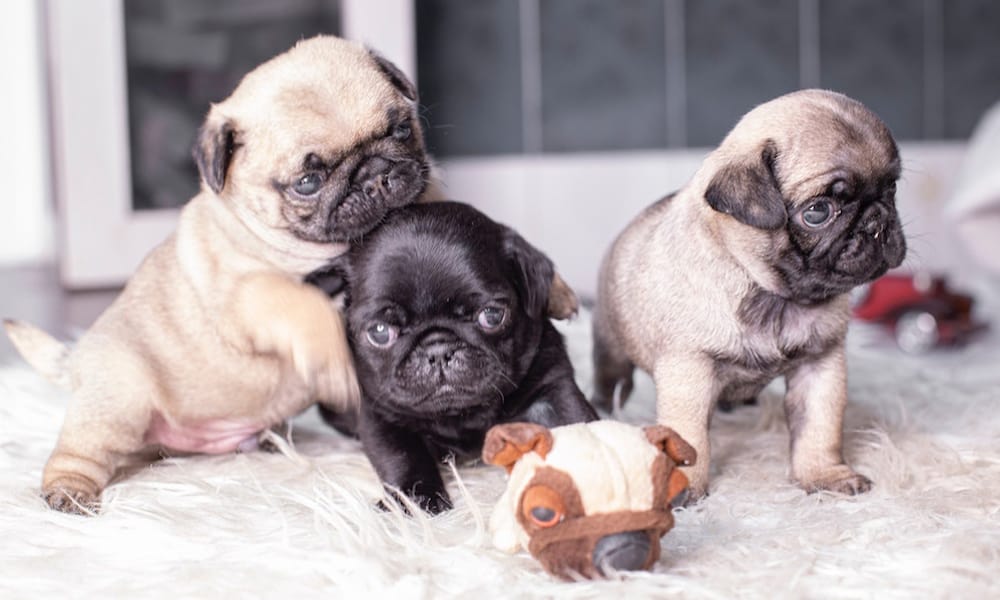 There’s no denying it, pugs are popular. They’re consistently named one of the most popular dog breeds in America. People love these curly tailed, compact canines for both their charming personalities and their stellar looks.

But if you’ve spent time around pugs, you know they come in all shapes, sizes, and colors. Some have longer legs and are more agile, while others are shorter and stumpier. Some have double coats that are silky soft, while others have single coats with wiry fur.

Adventures in dog breeding have resulted in pugs with incredibly unique features, but for better or worse, the breed is being pushed further. For a variety of reasons, extra small dogs have suddenly become particularly desirable.

In fact, the idea that ‘the smaller the better” is beginning to spread like wildfire. Everyone suddenly wants a mini, teacup, or toy edition of their favorite breed. This has led to some breed standards being thrown out the window as the once less favored runt of the litter became the star.

But is there a teacup pug? Do they really exist? Read on as we debunk the ideas surrounding toy pugs.

What is a toy dog?

A toy dog traditionally refers to a dog who is very small.

The term “toy dog” originated from the breed registry. If you’ve ever watched a dog show, you probably noticed that different dog breeds are classified by dog group.

The American Kennel Club, for example, places dog breeds into seven groups based on their particular set of uses, purposes, and characteristics. These groups are: working, herding, terrier, hound, sporting, non-sporting, and toy. The toy group is home to dogs that are small in stature.

Many of the dogs found in the toy group category were once ancient lapdogs. Or they might be small versions of hunting dogs or working dogs, bred down in size either for a particular kind of work or to create a pet of convenient size.

The dogs found in the toy group of the American Kennel Club include:

The only breeds in the toy category that are officially called “toy” dogs are the Toy Poodle and the Toy Fox Terrier.

What is a teacup dog?

The term “teacup dog” refers to a dog who has been bred to be particularly small; typically smaller than the breed standard and usually as small as possible.

“Teacup” is an unofficial classification, meaning it is not recognized by kennel clubs or reputable registries, and there are no official standards.

People who sell “teacup dogs” usually do so at much higher prices, as they’re considered a “designer breed” and a novelty.

How are teacup dogs made?

Chances are, if you’ve searched for a small breed to join your family, you’ve seen someone selling a teacup version of them. Teacup versions of already small dog breeds include Pugs, Pomeranians, Shih Tzus, and Chihuahuas, amongst others. Puppies are often photographed sitting inside of teacups, to showcase their small size.

But how are these teacup versions made? There are a few ways.

Teacup dogs are usually produced by breeding runts together to create the smallest version of the dog possible. Unfortunately the small dogs chosen to breed are sometimes also not the healthiest. They may be small because of a birth defect or other medical condition, and that can then be passed on to their offspring.

Health risks for tiny versions of dogs can be significant, and breeders often take these risks because they want to rake in the big bucks. Teacup dogs are often sold at high prices, and irresponsible breeders sacrifice the dog’s health to pad their wallets.

Another way a teacup dog might be bred is by mixing smaller breeds. For example, a teacup pug might have a small amount of chihuahua in them, to ensure a smaller size. This results in a dog that is not purebred, but breeders often won’t advertise this.

What is a Teacup Pug, or a Toy Pug?

A “teacup pug” or “toy pug” refers to a pug bred to be smaller than the breed standard.

What is the pug breed standard? Glad you asked. According to the American Kennel Club, a standard pug is the following size:

A teacup pug would be bred to be smaller in height, and weigh less.

SPOILER ALERT: THERE IS NO SUCH THING AS A “TOY PUG” OR A “TEACUP PUG,” ACCORDING TO ANY BREED STANDARD.

There is no “teacup pug,” officially. They don’t exist as a recognized subcategory of pug. They’re just smaller pugs.

Breeders who advertise their puppies as “teacup” dogs often doing so because smaller dogs are in high demand. They’re a novelty that people are willing to pay more for. It’s an unofficial classification that often comes with health risks.

What is a very small pug called?

In the United States and Canada, the pug breed standard only has one classification – standard. There is no such thing as a micro pug, a teacup pug, a toy pug, a mini pug, or any other term used to describe the pug’s size.

However, people do use certain words to describe purebred pugs that happen to be on the small side. If you’re around pug people, you might hear the term “pocket pug,” which affectionately refers to a tiny adult pug. Pocket pug is in no way an official classification, it’s just a popular term in the pug world.

The Dangers of Buying a Teacup Pug:

Since there are no specific teacup dog breeds, there’s no standard or guidelines that breeders must follow. They often just have one goal: to breed smaller and smaller dogs.

Common health risks that come with breeding small versions of dogs include:

Hypoglycemia: a condition where the blood sugar (glucose) level is lower than normal.

Collapsing Trachea: Tracheal collapse is when rings of cartilage in the trachea begin to flatten out, making it difficult for air to get to the lungs.

Patella Luxation: or sliding kneecap, is a condition where the knee cap rides outside the femoral groove when the knee is flexed.

They can also be prone to seizures, respiratory issues, and liver shunts.

These health issues and complications result in higher vet bills, and dogs with shorter life spans.

What are your thoughts on “teacup” pugs? Share your comments below.

Here are other articles about pugs that you might find interesting: 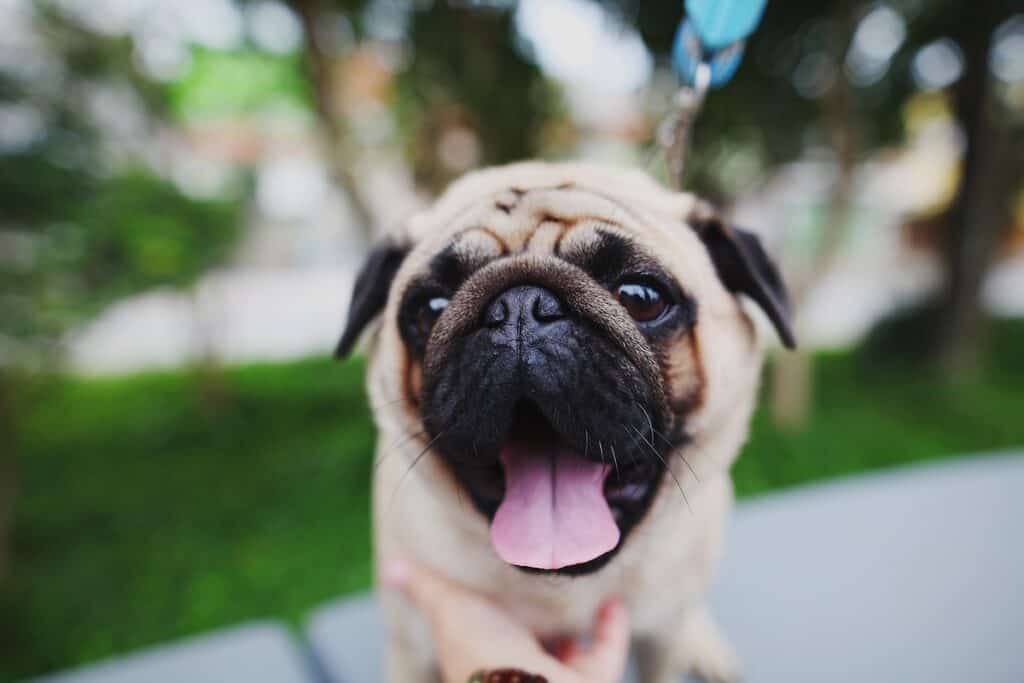 There are muzzles on the market that were made to fit a pugs flat face. Here are the best pug muzzles available. 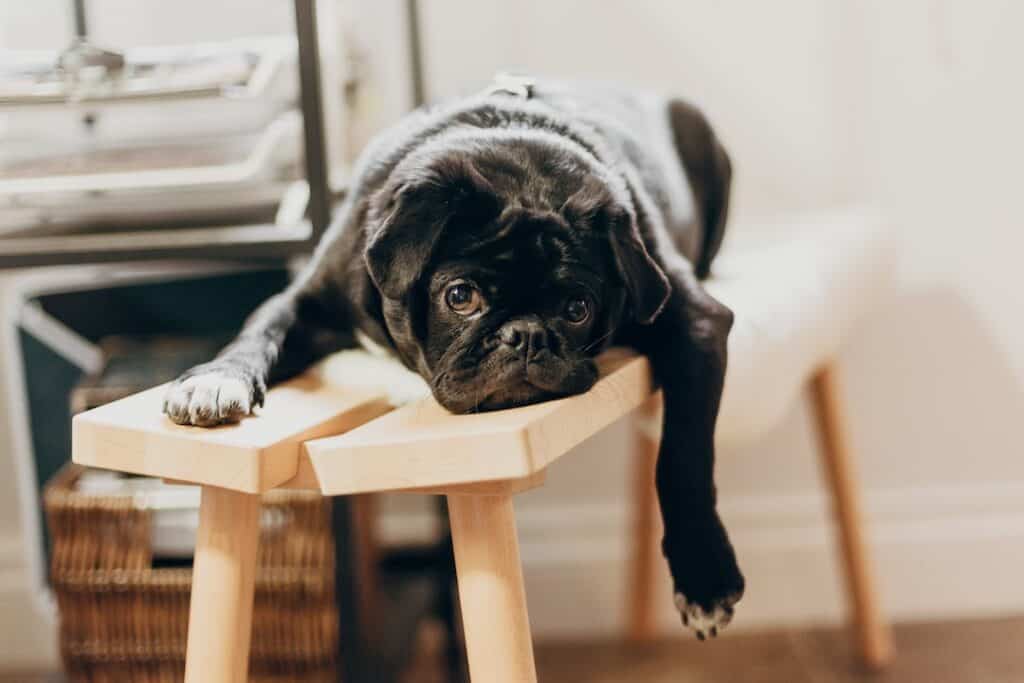 Marking is when a dog releases a small amount of urine. Here are solutions to stop your pug from marking in the house. 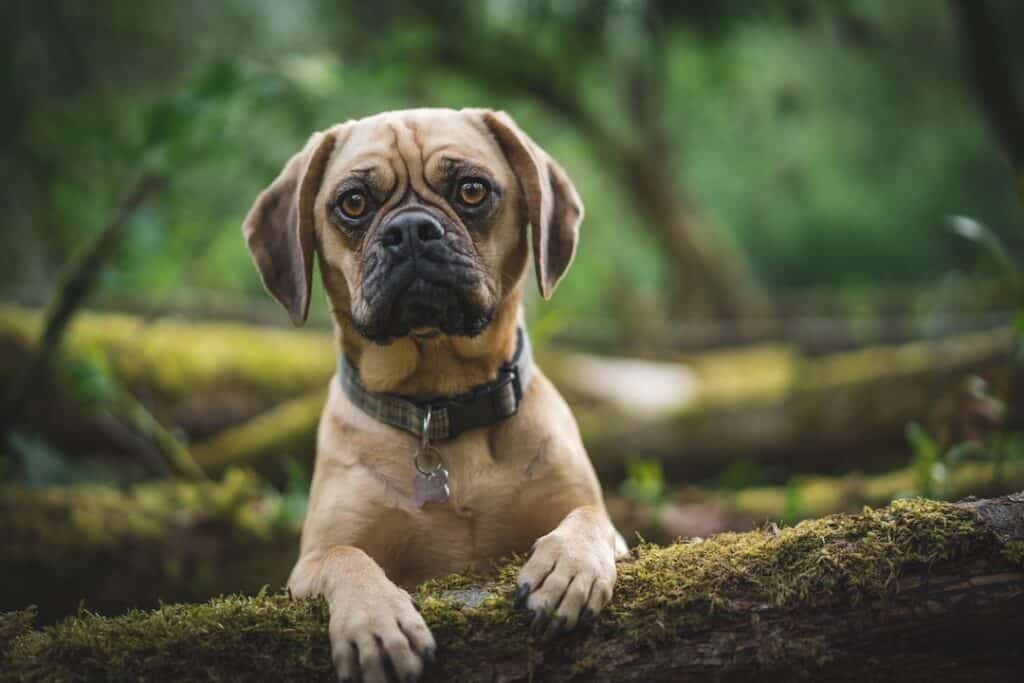 A pug mix is a dog that is part pug, part some other other breed. Here are 21 pug mixes you have to check out. 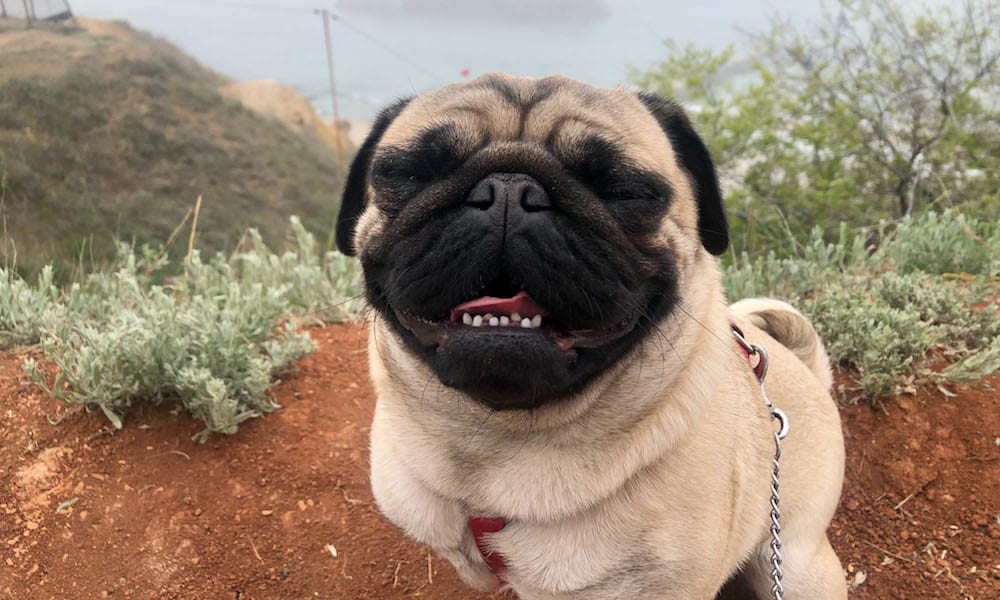 Rolls, wrinkles, and breathing issues set pugs apart. Here’s a complete list of items pug owners like to keep stocked in their home. 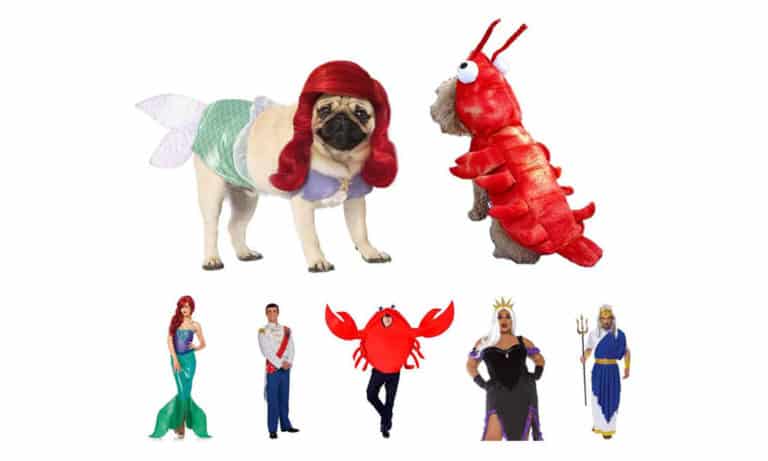 We’ve rounded up the best family costume ideas, and all of them include the furriest member of the pack – your dog! Check out these group Halloween costumes. 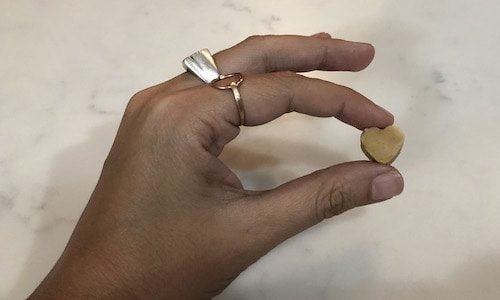 These frozen homemade dog treats will make any dogs tail wag on a hot day. They’re healthy, easy to make, and delicious. 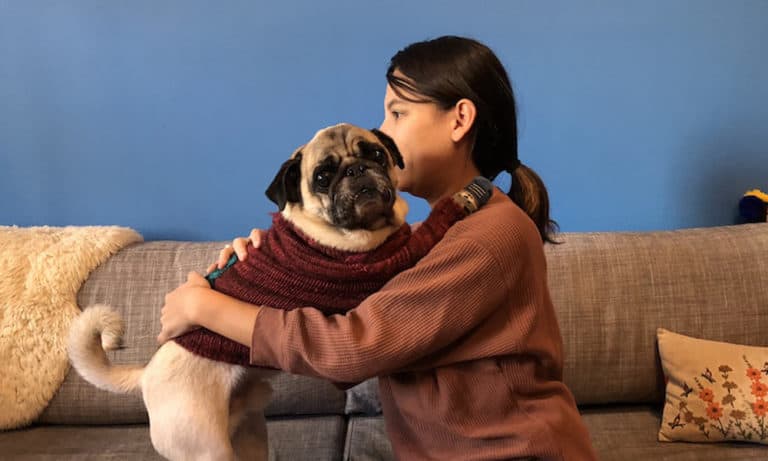 Teach your dog to hug! Plus, eighteen other fun tricks. Enter our giveaway, where you can win almost $1500 worth of prizes. 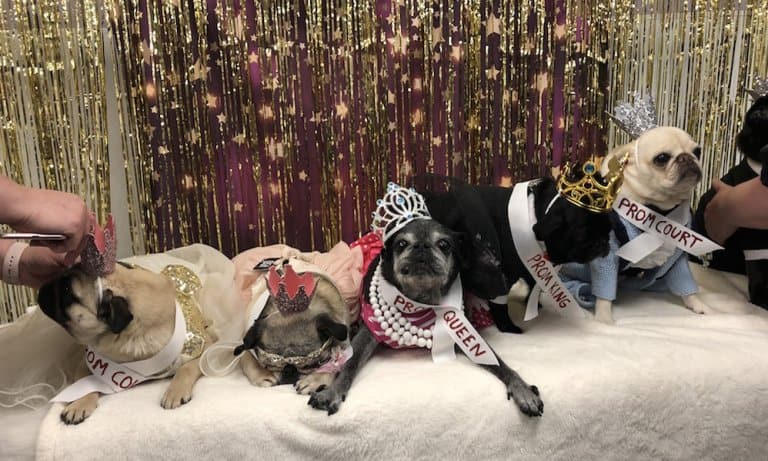 Pugs came together for a pug prom night to remember! They danced, mingled, and raised money for Pug Rescue of New England. 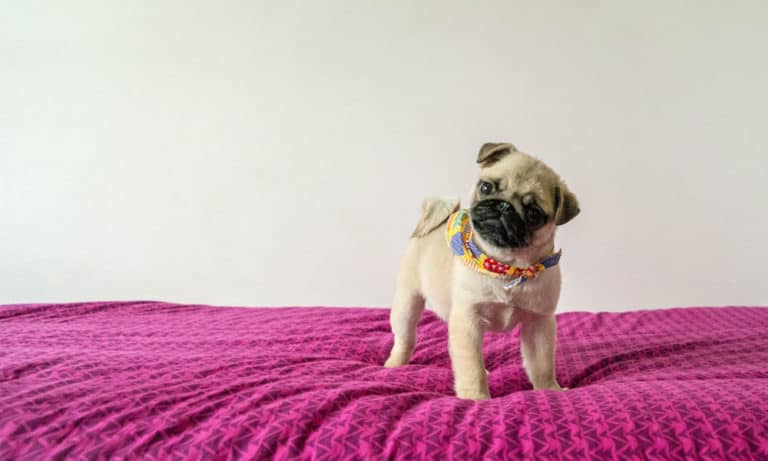 Want to add a pug to your family? Let’s talk all about pug prices. Here’s how much a pug will cost you. Welcome to the pug club! 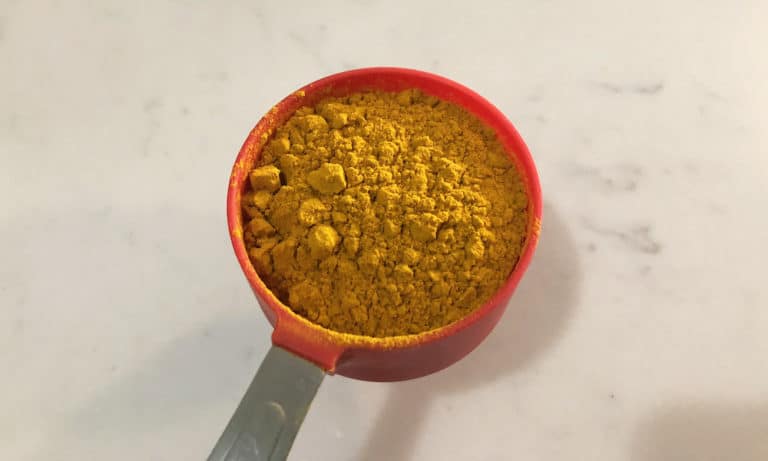 Golden paste is incredibly healthy for both dogs and humans. Here’s how to make golden paste for dogs, and a recipe for humans too.