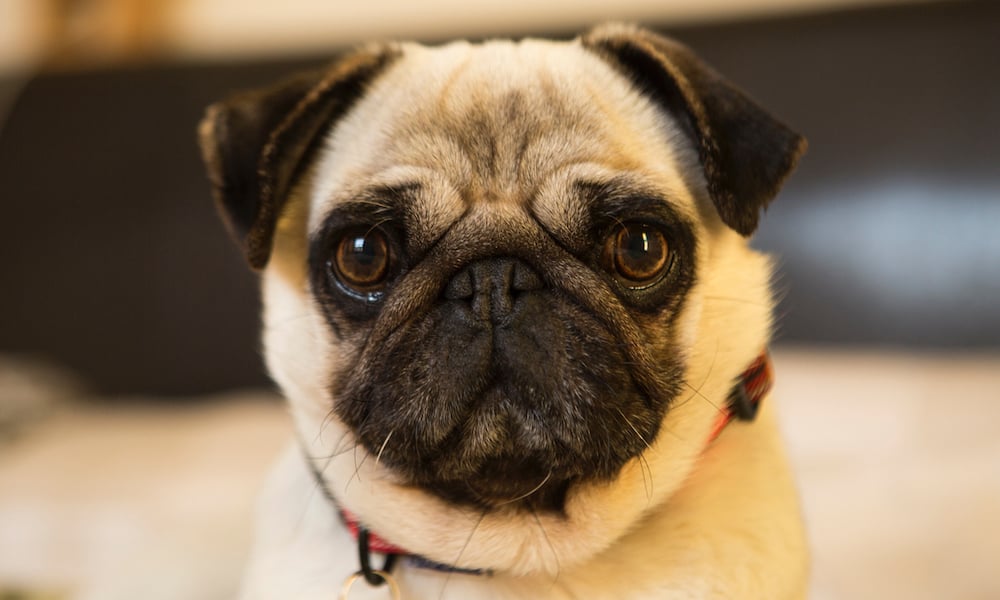 Pugs. These alien-like, curly tailed creatures are beloved by so many for their quirky personalities and super cute looks. But it’s no secret that pugs look a lot different today than they did centuries ago.

Over the years, pugs have been bred to enhance certain features – flatter noses, rounder heads, and stockier bodies. These changes make for a dog that looks very distinct from their wolf ancestors.

Read on to learn about the pugs of the past, present, and future, what a pug skull looks like, and the challenges that pugs sometimes face due to selective breeding.

Pugs: Then and Now

Before we start on the science of pugs, we should discuss their history.

Pugs didn’t always look like this. When the breed originated, they looked quite different. Their ancient lineage can be traced back to before 400BC, so they’ve been around a long time. Like any other breed, their look has changed over the centuries.

Paintings and photographs of pugs from past centuries highlight how the breed has evolved. In paintings and engravings of the 18th and 19th centuries, pugs appear with longer legs and noses, and sometimes with cropped ears.

Back then, pugs were leaner, and their eyes weren’t quite as large. Their head was also more apple shaped, and they had fewer wrinkles.

While the pug body has certainly changed, the most drastic changes are to the face.

The modern pug’s appearance changed most drastically after 1860, when a new wave of pugs were imported directly from China. These pugs had shorter legs and the contemporary-style pug nose. In 1885, they were recognized by the American Kennel Club, and the breed standard was created to resemble the pugs we know today.

According to the American Kennel Club, pugs should be multum in parvo, meaning “much in little” in Latin. They’re a lot of dog packed into a compact, well knit, proportional body.

These sturdy creatures should also have a large, round head, with prominent eyes, and a strong, thick neck.

Their body should be short and stocky, with a muscular build and a wide chest. The tail should be curled as tightly as possible, sometimes resulting in the much loved and highly sought after double curl.

So, what does the skull of a pug today look like? Here you go:

Not exactly cute when missing muscles, wrinkles, and eyeballs, but I wouldn’t classify any skeleton as cute, so it’s ok.

It’s particularly striking when you compare it to a different breed’s skull, say a German Shepherd. Keep reading to learn more.

When people ask to see a “normal” dog skull, they mean a dog without a flat face. Flat-faced dogs, or brachycephalic breeds, are normal too!

As you can easily see, they’re quite different. It sort of looks like the elongated snout of the German Shepherd has been pushed against a wall and flattened, hence the term “flat-faced breed.”

For a different comparison, here is what a pug skull looks like next to a wolf skull.

The wolf more closely resembles the German Shepherd. The pug looks like a whole other species. But it’s still a dog, just like the Shepherd.

The changes to pug genetics that have resulted from selective breeding have caused certain health issues to which modern pugs are more prone.

Since pugs lack prominent skeletal brow ridges, they are susceptible to eye injuries such as proptosis, scratched corneas, and entropion.

Their flat faces can also cause issues. Pugs are brachycephalic dogs, or flat faced dogs, along with other breeds like English Bulldogs, French Bulldogs, Boxers, Pekingese, and Shih Tzus. They have compact breathing passageways, which can lead to breathing difficulties.

Their flat faces also leave them unable to efficiently regulate their temperature through evaporation from their tongue, by panting. As a result, high temperatures and excessive heat can be dangerous for a pug.

While some have silently taken issue with the way pugs have been bred, others are stepping up to try and make a difference.

In 2016, the British Veterinary Association’s (BVA) issued a warning to the public, and recommended they think twice before buying a brachycephalic breed.

The Dutch took things a step further. In 2014, the Dutch government created laws designed to protect the future welfare of some 20 brachycephalic breeds by outlawing certain, more detrimental aspects of “traditional” breeding.

They began to enforce the laws in 2019. The move was made to ensure brachycephalic breeds were bred with longer snouts, changing the breed standards.

As a pug lover and pug owner, it’s sad to face the facts of what selective breeding has done to this adorable breed.

However, I am not quick to judge – this is an issue that pertains to many breeds. German Shepherds have curved backs, Dachshunds have low and long backs, etc. There are pros and cons to controlling which two dogs mate and how a breed develops.

Pug owners should want to do what’s best for their dogs, so they can live healthy, enriched, and long lives. If that means the breed must change, then so be it.

What are your thoughts? I’d love to hear from you in the comments! 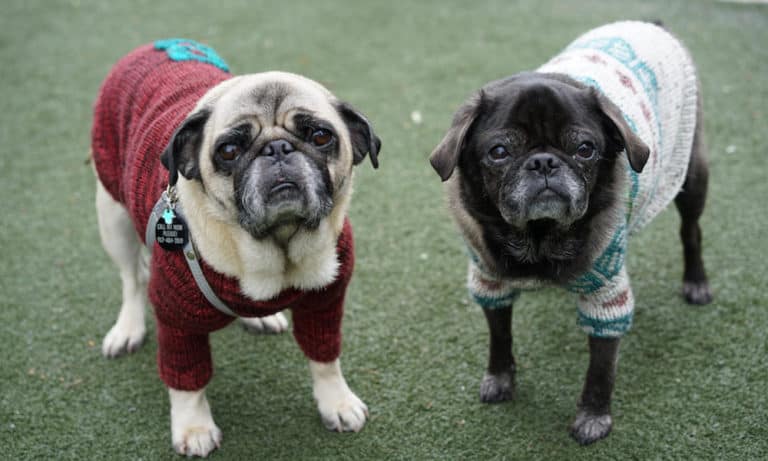 We asked the pug community: what’s the best harness you’ve used for your pug? Here are the harnesses most pug parents swore by. 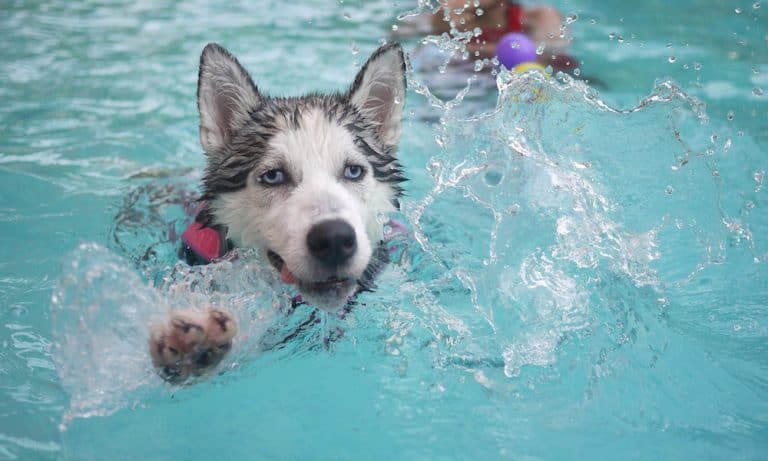 Doggie Splash days are when pools or waterparks allow dogs to come for a day or two to enjoy the water before it’s drained. Head to one and beat the heat with your pup. 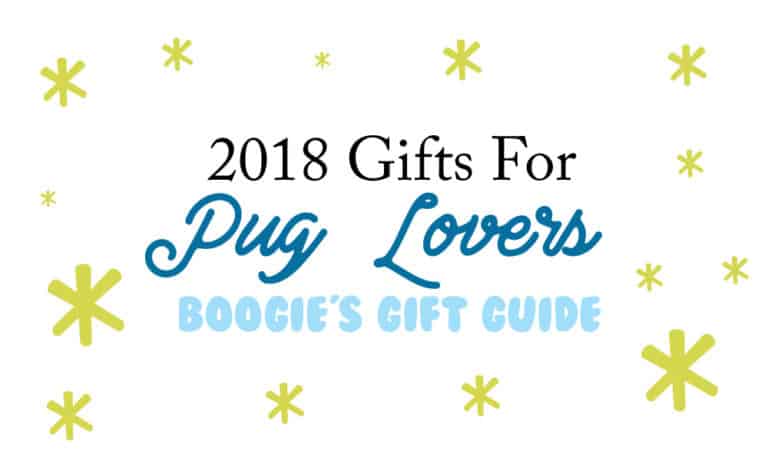 This holiday season, get the pug obsessed people in your life the perfect pug stuff. These are the best gifts for pug lovers. 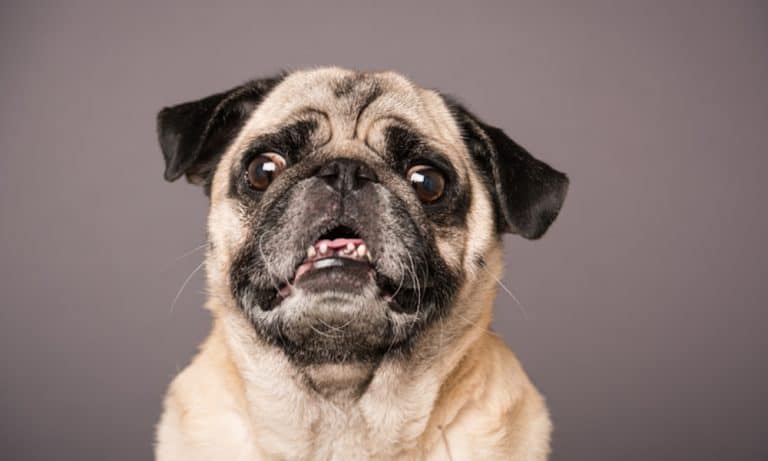 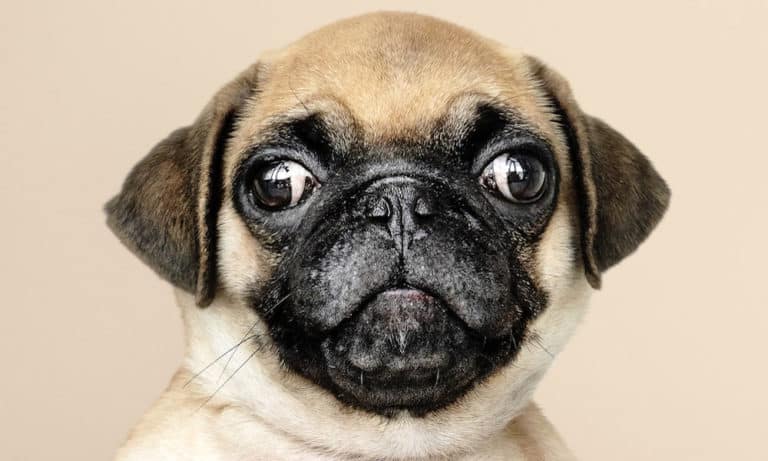 Naming a pug is a big responsibility. It will be a word that you’ll use for years to come. Here are a few tips on picking the best name for your pug. 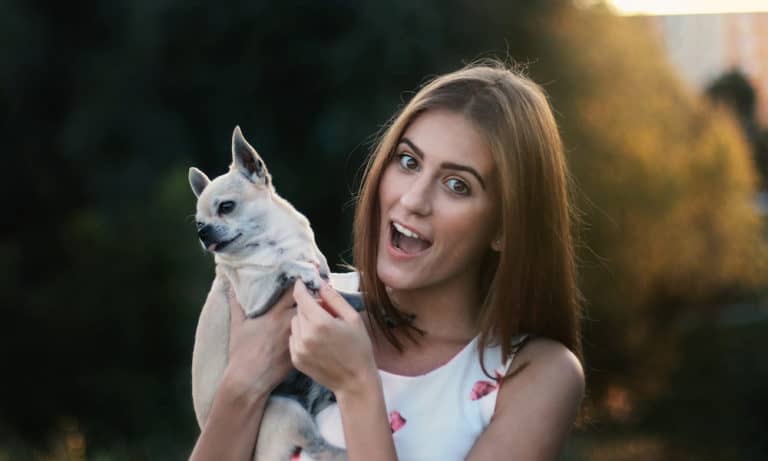 It’s the New Year! Time to reflect on what worked and what didn’t when it comes to life with dogs. Here are 8 ways to be a better dog owner.