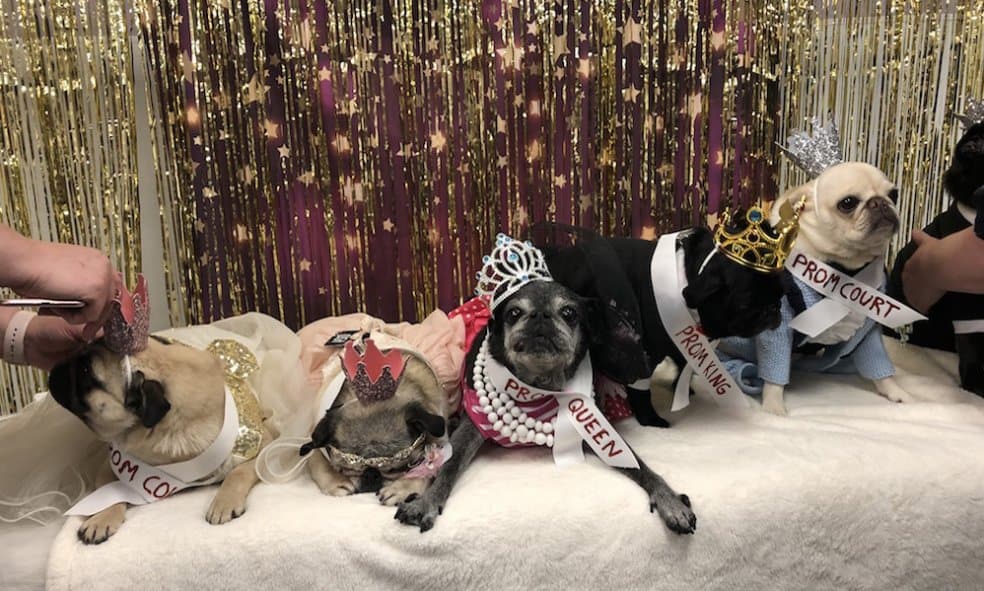 It’s the moment every puggy waits for. PROM NIGHT! Luckily for them, Pug Rescue of New England put together a magical night during #PugsTakeBoston with disco balls, crimped pug fur, and plenty of 80’s jams. 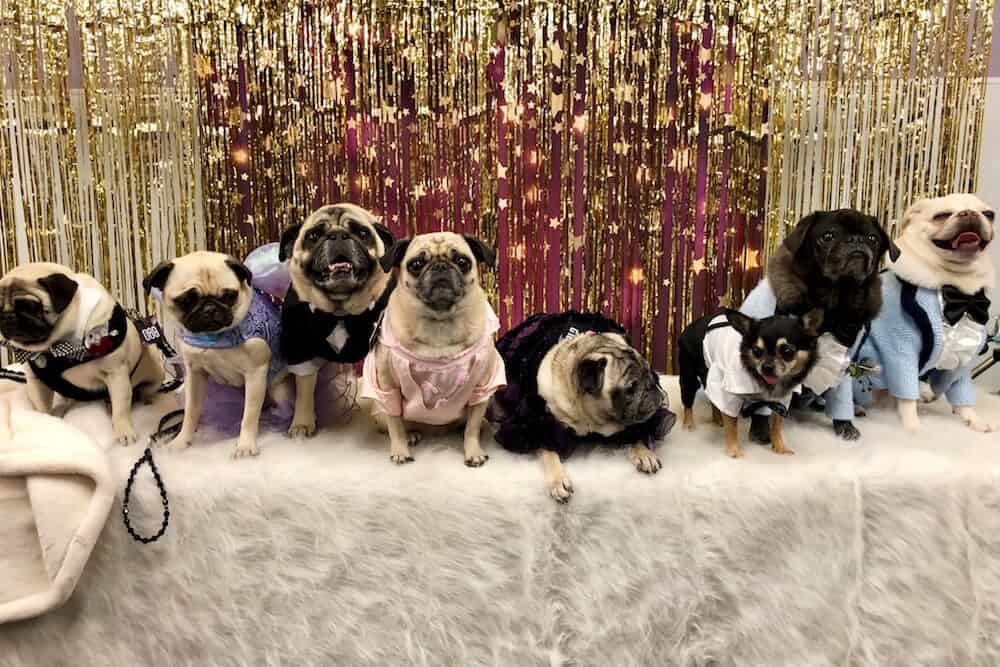 Tickets sold like hot cakes because a pug prom is literal heaven on earth. The theme was 80’s prom, and the venue was Sandy Paws. The pugs came to dance, mingle, and raise money for rescue. 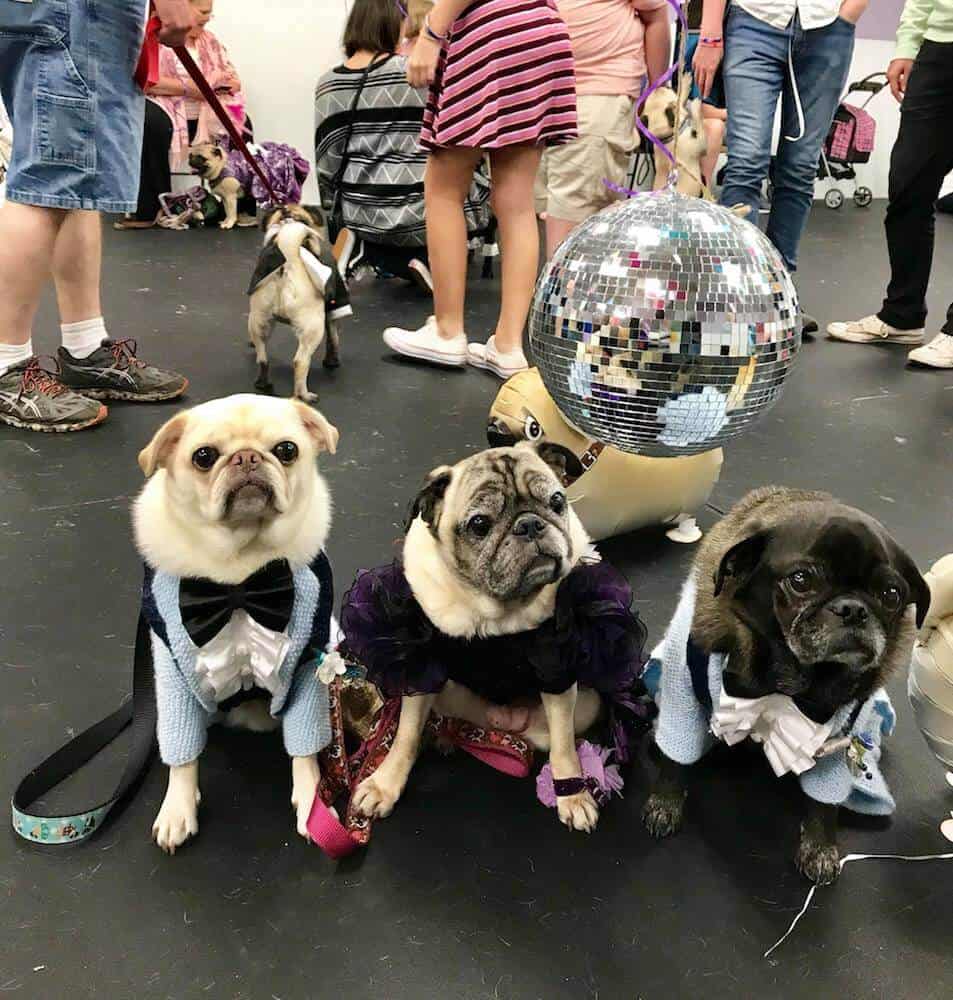 While the vibes were friendly, everyone was vying for Prom King or Queen. When all of the snacks were gobbled and the punch bowl was dry, the King and Queen were crowned, while a few other lucky puggies were made members of the official Prom Court. 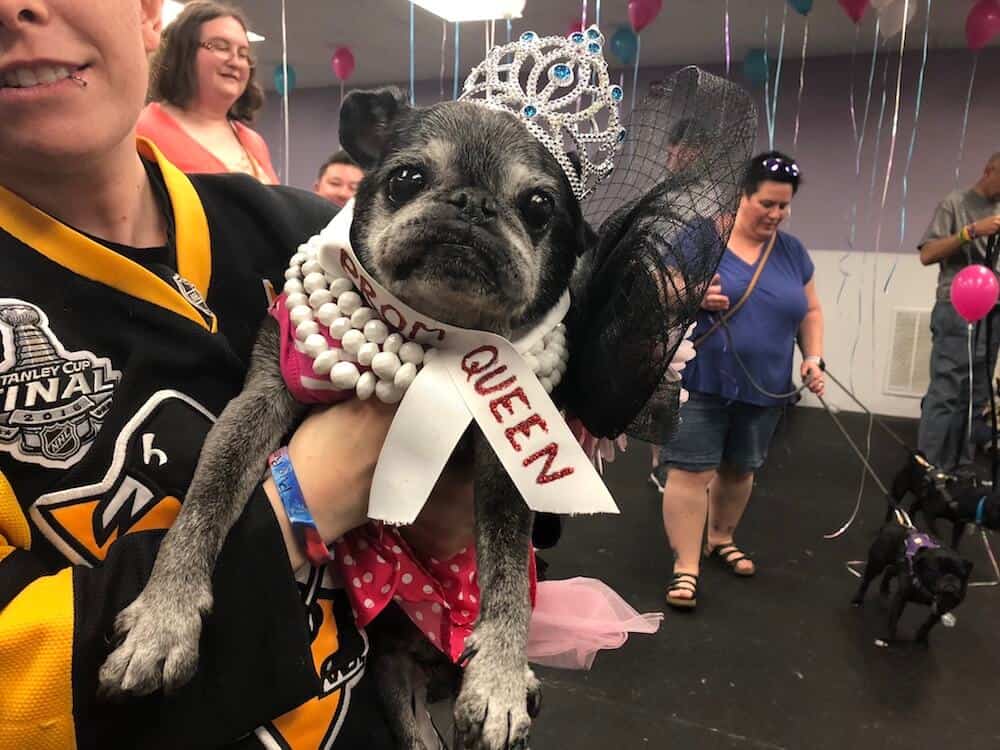 The night was a success. Money was raised, and happy pugs went home snoring.

Here are some more pictures. There ain’t no pawty like a pug prom! 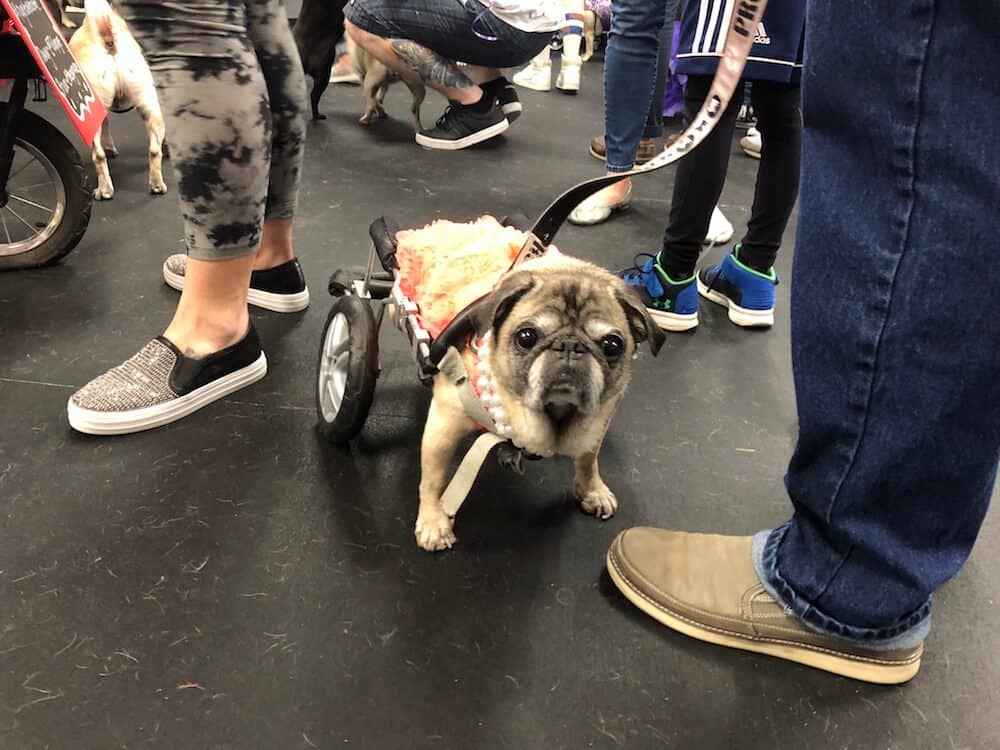 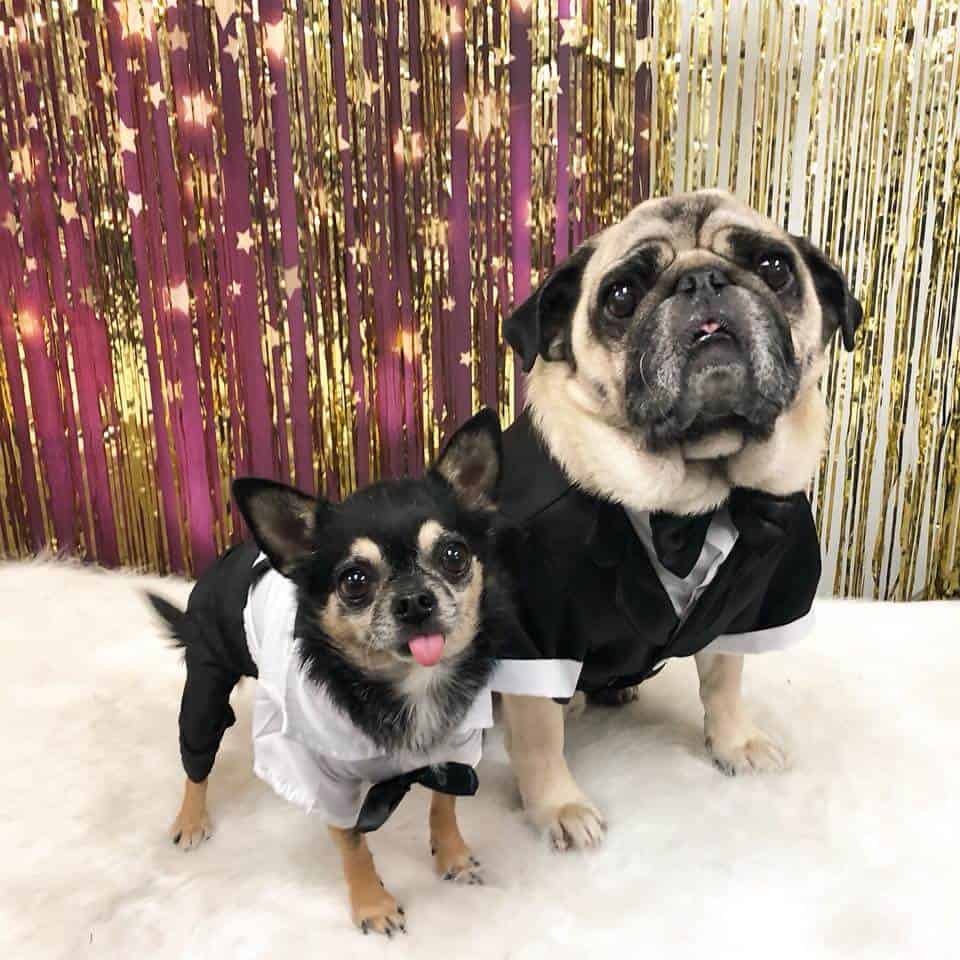 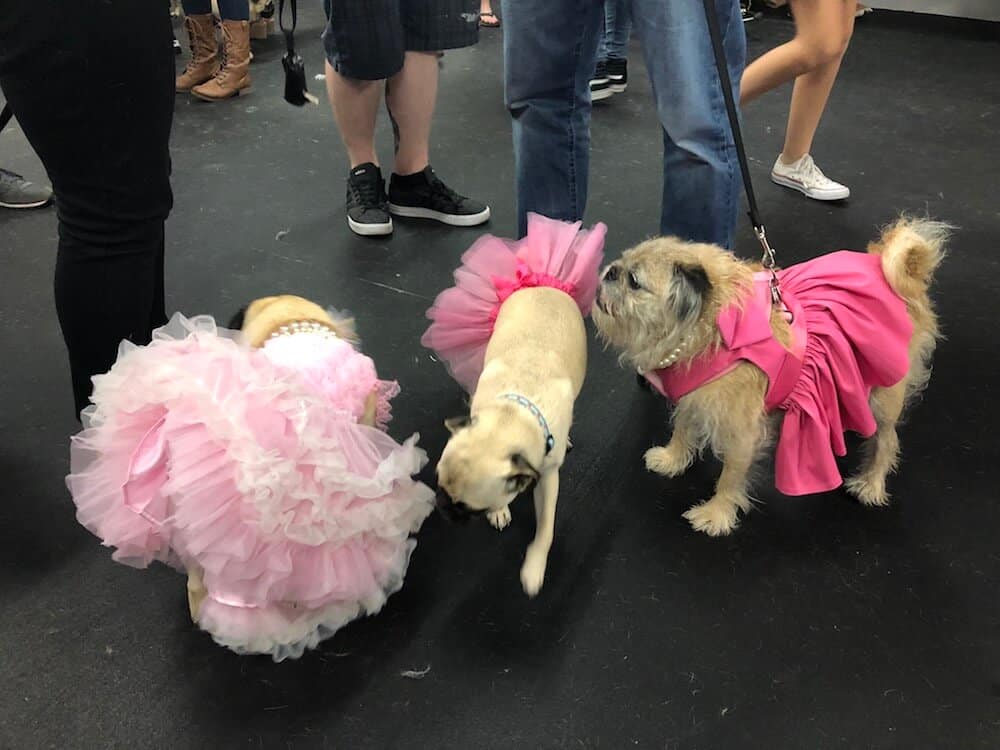 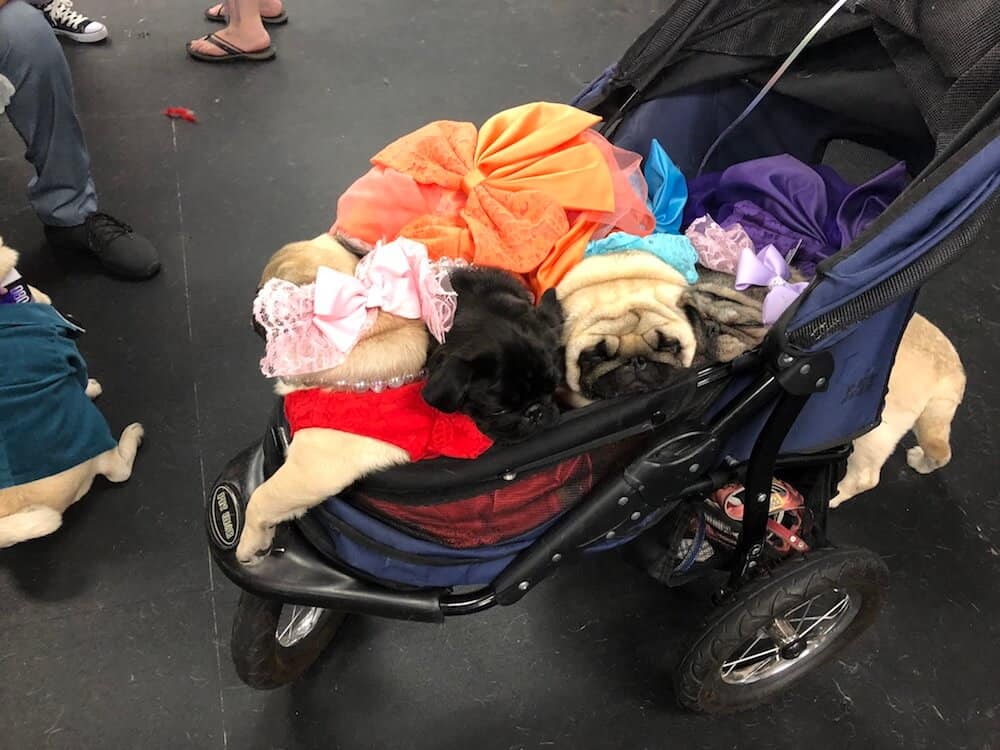 Bringing your mom as a date is totally ok at pug prom. 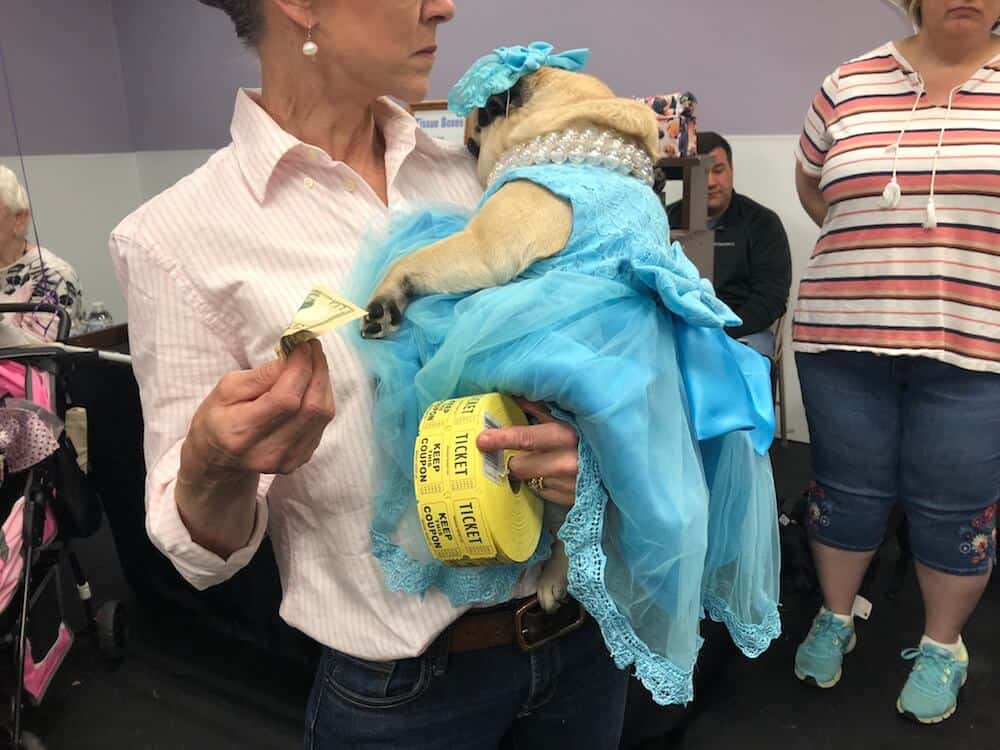 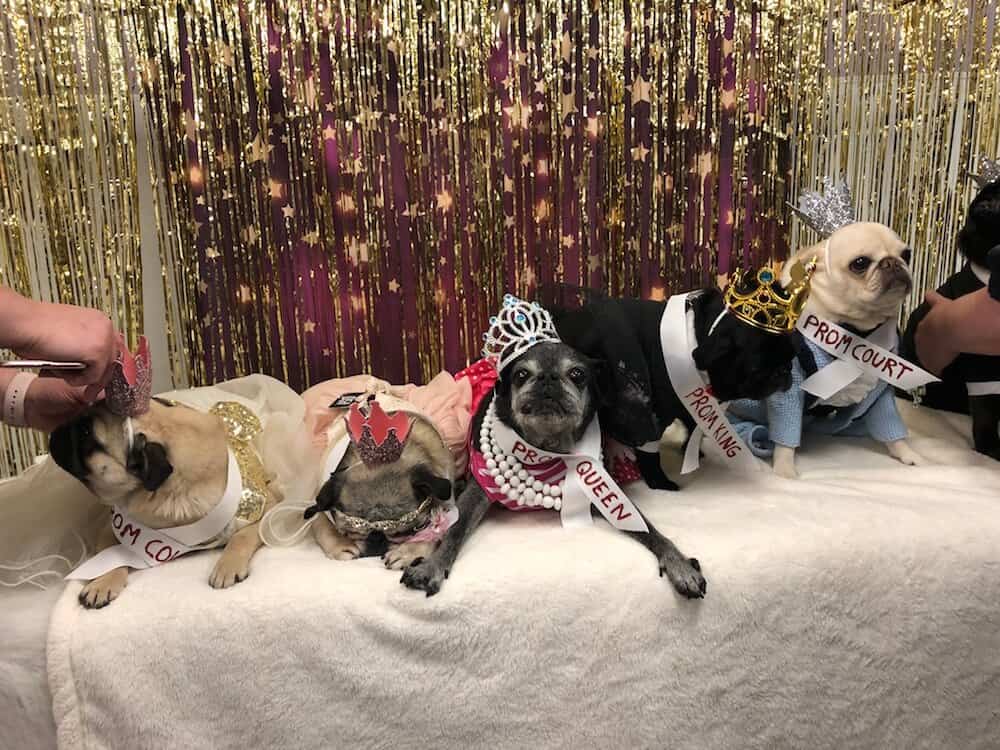 The Prom King and Queen and their court! 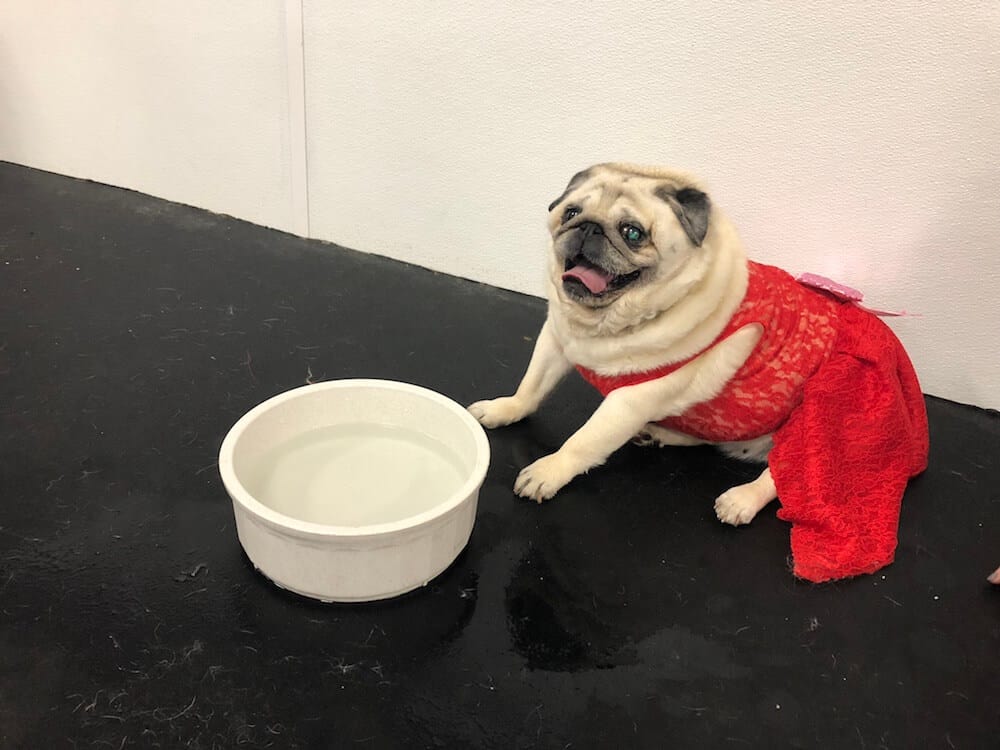 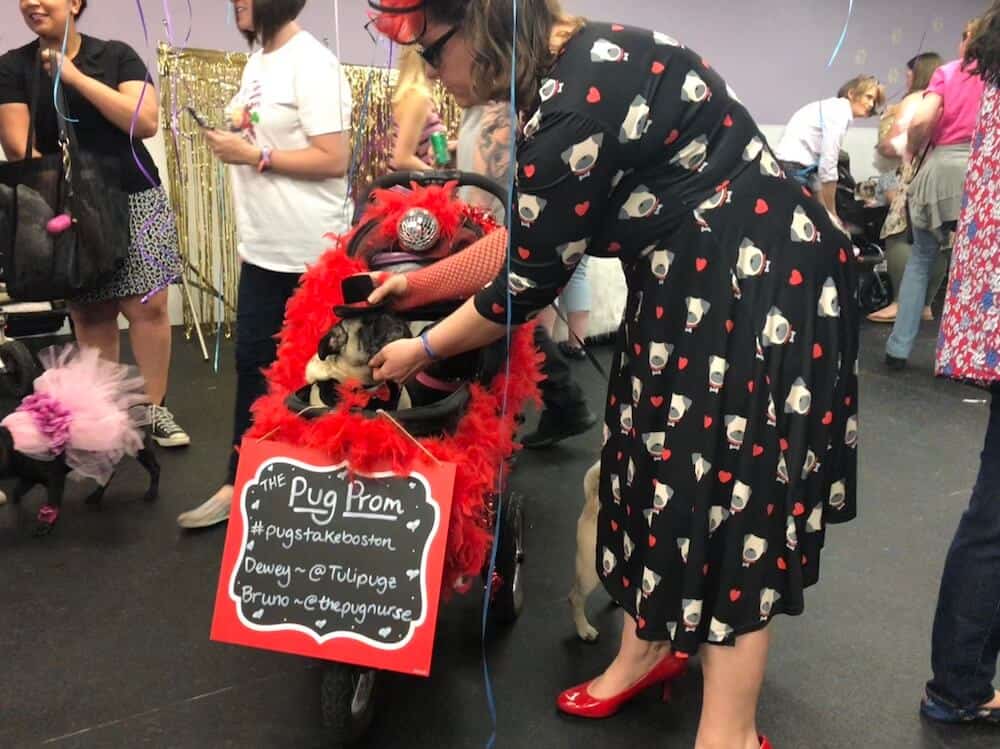 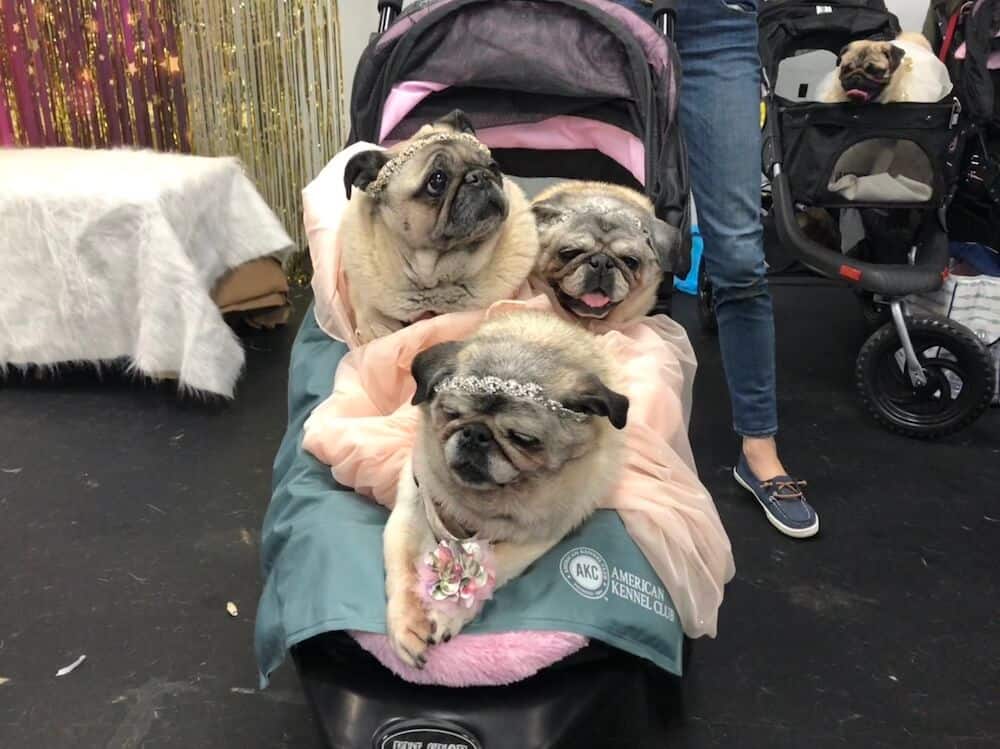 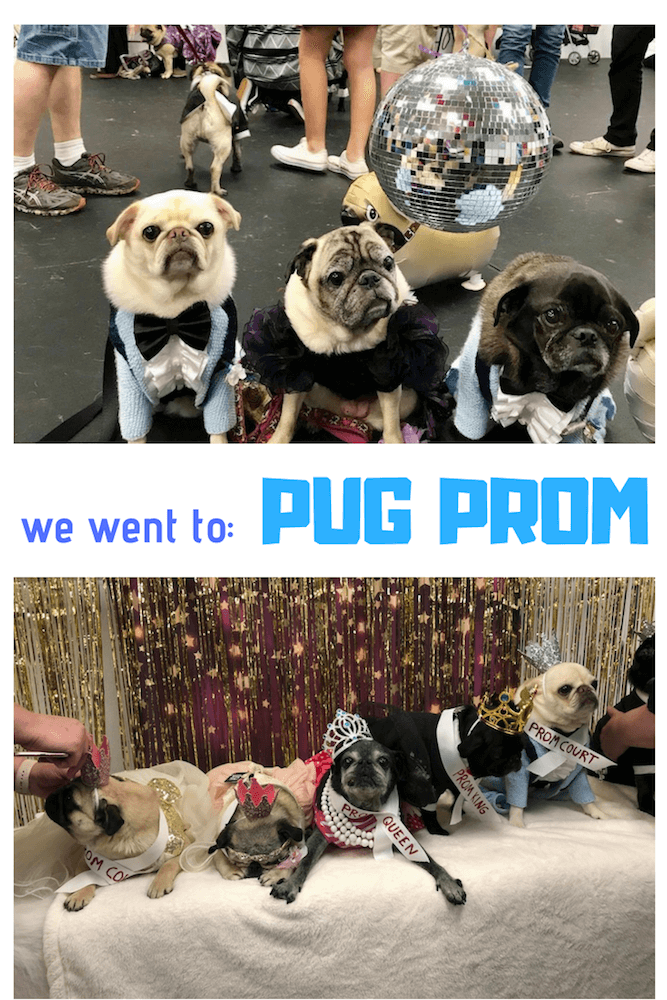