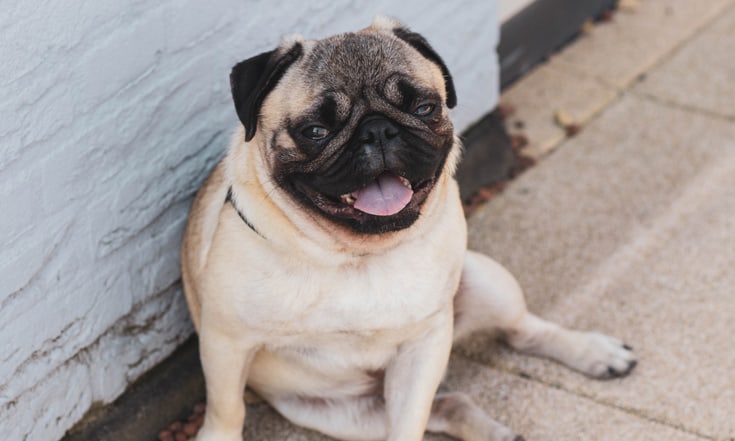 Can pugs fly? There’s a lot of debate about whether the lovable snub-nosed breed can or should take to the skies. Brachycephalic breeds—such as pugs, boston terriers, boxers, some mastiffs, pekingese, lhasa apsos, shih tzus and bulldogs—are prone to respiratory issues as a result of their shortened noses. It can make breathing difficult, which is not ideal when flying. Here’s the the low down on planes and pugs, and what you need to know before booking your flight.

Disclaimer: I am not a veterinarian, nor am I affiliated with any airline. The following information is my opinion, based on over 20 flights with my own pug.

Pugs on Planes: The Facts

The Department of Transportation releases information on animal death, injury, and loss from airlines every month. They release monthly and annual reports, as well as incident information.

From 2005 – 2010, there were 122 dog deaths from flying in cargo, and approximately half were flat-faced breeds, such as the English bulldog, pug, and French bulldog.

Over the years, airlines have begun to ban snub-nosed dogs from flying in cargo, and as a result, numbers have declined. In 2017, there were 24 dog deaths, and only 3 of those were associated with brachycephalic breeds (2 pugs and 1 bulldog). The majority of pet deaths were on United Airlines.

Out of a total of over 500,000 animals flown, there were 24 pet deaths, 15 injuries, and 1 loss over the course of the year. Keep in mind that this is a very small number when compared to the hundreds of thousands of animals that fly every year. The vast majority of animals flew without incident and arrived safely to their destination.

Say No to Cargo

Pugs should never fly in cargo.

Their snub nose and sensitivity to temperature make it risky to place them in the plane’s cargo hold. Pugs are vulnerable to changes in air quality and temperature, and although cargo holds are pressurized, the air circulation might not be ideal. Plus, there’s no one in the hold to monitor them. It’s not a risk that any pug owner should be willing to take.

Thankfully, many airlines, such as United, have banned brachycephalic breeds from flying in cargo, so the option is off the table.

Can Pugs Fly on Planes? Know your Pug

Every pug is different. It’s impossible to tell whether an animal is suitable to fly based on breed alone. This is why it’s so important to know your pug. Some might have zero trouble, while others might be better off left at home. No one will be better at determining this than you.

Your pug is probably ok to fly if they:

Don’t fly with your pug if:

Tips for Flying with a Pug

Here are a few tips to help on your journey:

If bringing your pug in the cabin with you isn’t an option, there are other ways to get from point A to point B.

Companies such as Pet Airways and Pet Jets fly pets privately to their destination.

Their charter plane service allows you to fly with your pug, or they fly your pug with other canine passengers. Handlers monitor the dogs on board to ensure that they are healthy and happy on their journey.

A good majority of their clients are brachycephalic breeds who are too large to fly in cabin.

There are also Facebook groups that organize flights roughly once a month, mostly from the United States to a location in Europe and vice versa, specifically for pet travelers. These chartered flights cost more per seat, but are a great option if your schedule and budget are flexible.

While many airlines have banned pugs from flying in the cargo hold, some do not allow them (or any dog) in the cabin either. Avoid the following airlines when booking your flight:

Have you ever flown with your pug? How did it go? Let us know in the comments! 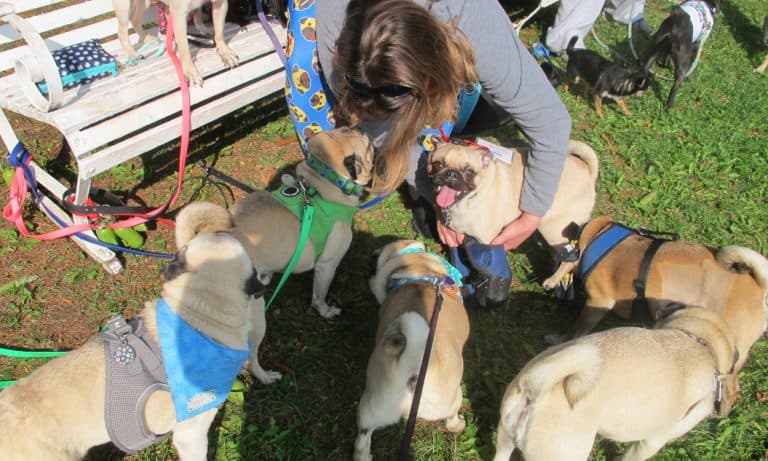 Boogie went to summer camp! We spent a weekend at Pug Camp in Pennsylvania to have some pug fun while living the pug life. 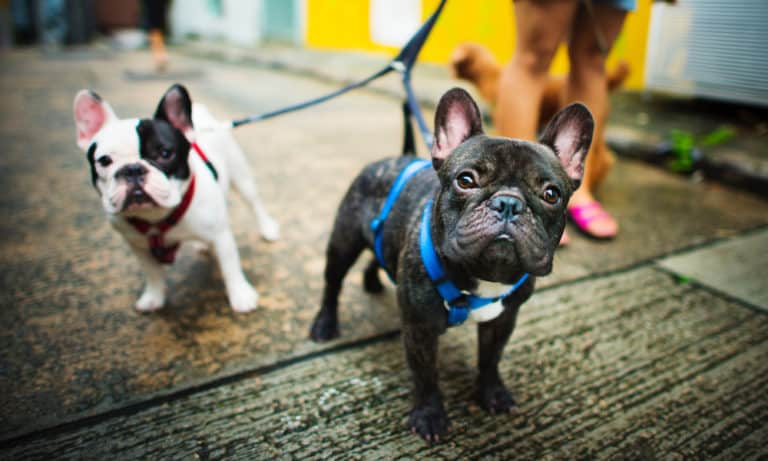 We’ve perfected the essential things to pack when traveling with our dogs. Some of the items certainly won’t be found in your typical pet travel list. 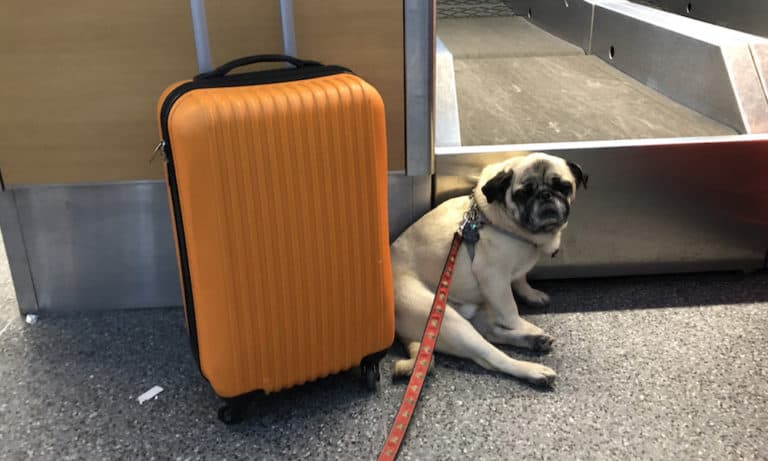 There’s plenty to avoid when hitting the friendly skies with your pup. Here are our tips on what NOT to do when flying with your dog. 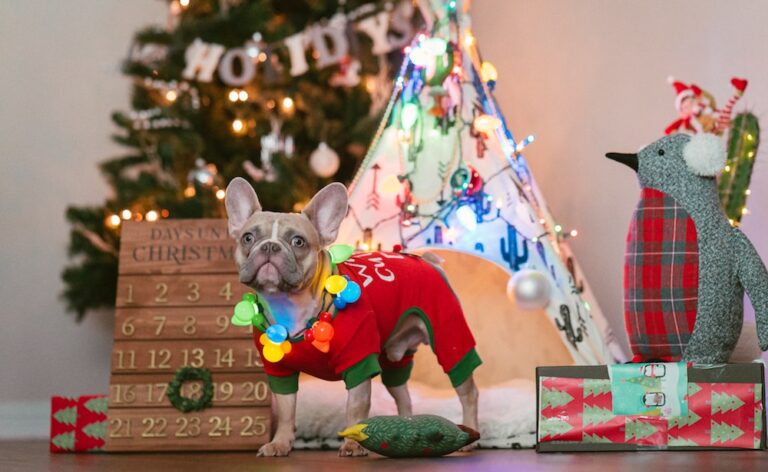 ‘Tis the season for gift giving! Here’s a list of our favorite holiday markets in New York City. The best part? They’re all dog-friendly! 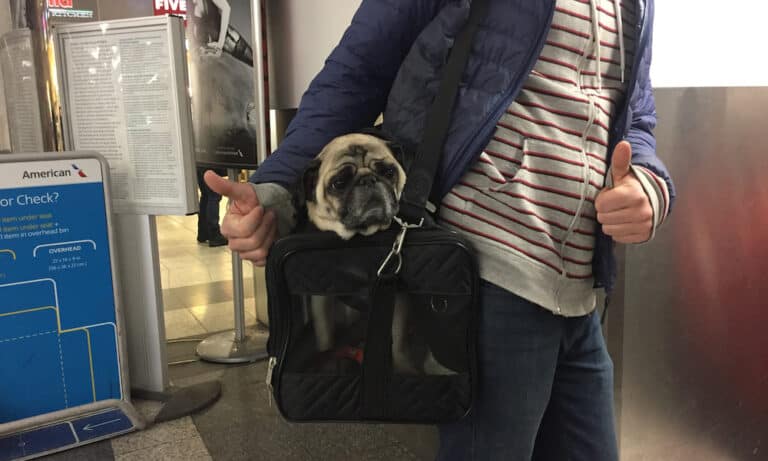 Be prepared for your next flight with your dog by making sure you’ve packed these items. Here’s everything your dog will need on a plane. 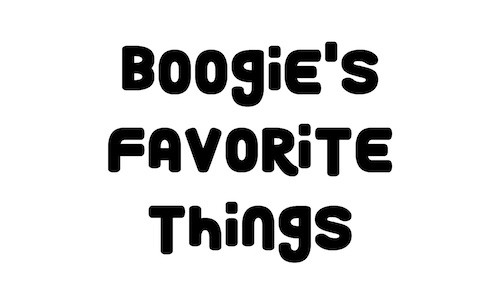 Here’s a list of the products we use and love! They’re Boogie’s favorite things: our favorite pet products on the market.