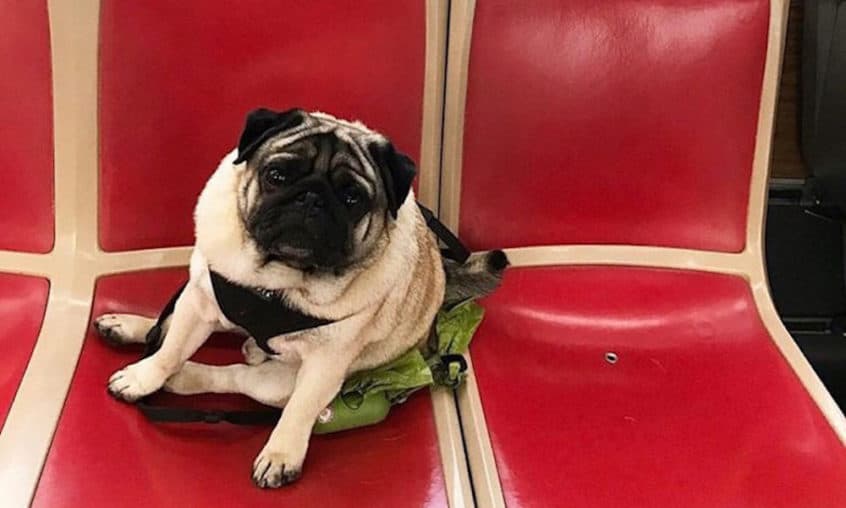 As visitors will soon learn, the city by the bay is not cheap! Of course, a great way to cut down on costs is to use public transportation whenever possible. It’s convenient and cost effective. That said, here’s the low down on all pet-friendly San Francisco and Bay Area transportation.

If you’re looking for a specific mode of transport, feel free to skip ahead:

That being said, many locals have told us that the rules aren’t usually enforced, and dogs ride at any hour and without purchasing an extra fare. Use your own discretion and decide how you choose to ride.

Bay Area Rapid Transit, known as BART, connects San Francisco with Berkeley, Oakland, Fremont, Walnut Creek, Dublin/Pleasanton and other cities in the East Bay. Pets are allowed on board as long as they adhere to the following:

The Caltrain is a commuter rail line that services San Francisco and Santa Clara Valley.

Unfortunately, no pets, other than service animals, are allowed on the Caltrain. Bummer.

However, I know of small dogs in pet carriers who have ridden on Caltrain with no issue. Use your own discretion.

Animals and pets are permitted aboard buses as long as they are inside an approved, hand-carried container.

The SamTrans website only mentions service animals on board, but a customer service agent that we reached out to stated the following:

“You can bring a small, non-service dog on the bus. The dog must be in a crate.”

Pets are allowed. They must be carried in a secure container that can fit on the owner’s lap, and the animal must not endanger or annoy other customers.

Small pets are permitted on both VTA buses and light rails, and must be in a completely enclosed cage or carrying case that is small enough to fit on the customer’s lap. The animal must not endanger or annoy other customers.

The Golden Gate Ferry connects the Ferry Building in San Francisco to Marin County (Larkspur, Sausalito and Tiburon). You can pay your fare using a Clipper Card, from terminal ticket machines or online.

Animals and pets are permitted aboard ferries as long as they remain in an airline-approved, hand-carried container.

Small pets are allowed on board the ferry. They must be non-disruptive and in a completely enclosed cage or carrying case that fits on your lap.

Allowing a dog in an Uber is up to the driver.

Service animals are permitted to accompany riders at all times. If you’re traveling with a pet that’s not a service animal, drivers may choose whether or not to allow the pet in their vehicle.

Uber recommends texting or calling the driver ahead of time to give them a heads up that you’re traveling with a dog, and to bring a blanket or towel with you.

Smaller dogs in carriers are generally tolerated very well. We’ve used Uber many times with our two dogs and have never been denied a ride.

Lyft states that “it’s entirely up to the driver whether or not to allow the passenger’s pet in the vehicle.” They advise passengers to notify their drivers ahead of time if they’ll be traveling with a dog.

We recommend keeping your dog on a leash or in a bag, and bringing a towel for clean up.

Dogs are allowed in yellow cabs, but it’s ultimately up to the driver. Small dogs in carriers usually have the most luck with getting a ride. If you have a large dog, have them sit by your side as you hail a cab, so the driver can see that they’re well behaved. Bring a towel for them to sit on and remember to tip generously.

If you want to ensure that you can ride with your pet, and that you won’t be denied, order a pet taxi. They’re reliable, safe and are guaranteed pet friendly. The two highest rated services in San Francisco are Bay Area Pet Taxi and Lucky Pawz Pet Services. Contact them directly for rates and reservations. 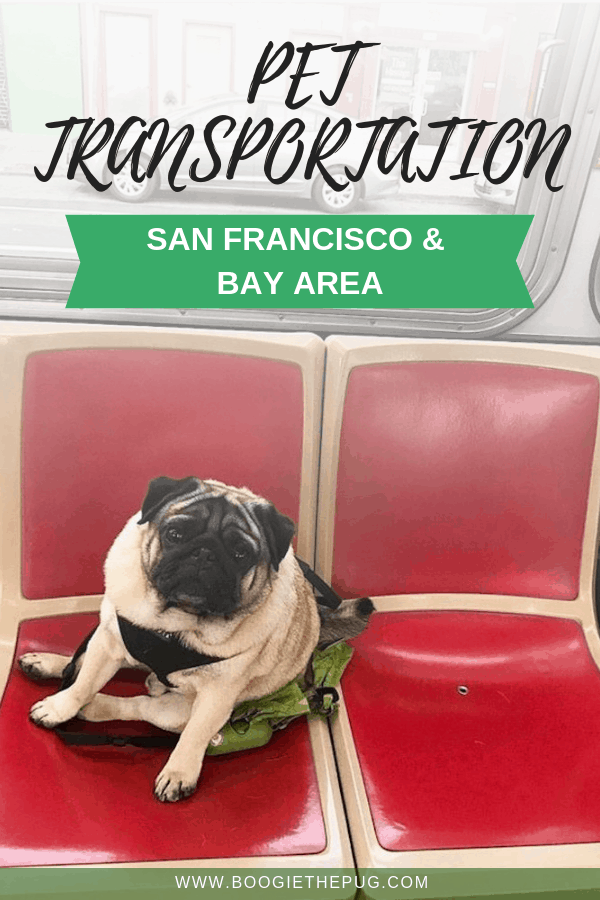 Can you see what I'm sniffing? 🐽 Swipe to see!