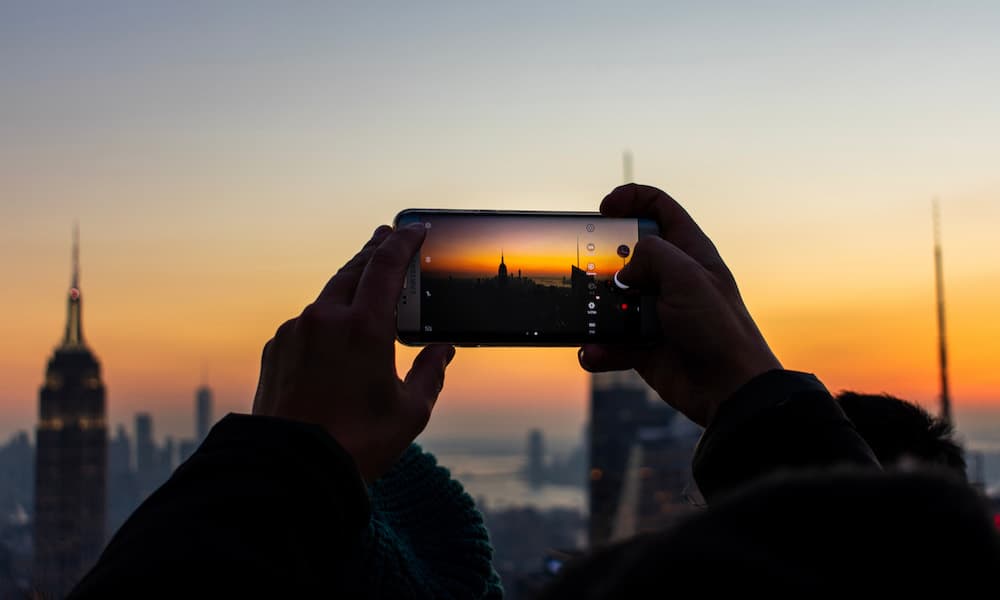 What better way to show off New York City’s most picturesque spots than to post them with some furry friends!? That’s right, we’ve got the help of NYC’s cutest canines from @dogsofnyc to show you NYC’s most instagrammable spots. So grab a friend (duh, your pup) and head to one of these locations. Do it for the ‘gram!

A beach in New York City? You betcha. Pebble Beach is located in Brooklyn Bridge Park. With access to the water’s edge, you can dip your paws into the East River and snap a pic with spectacular views of both Brooklyn and Manhattan Bridges, all with Lower Manhattan in the background.

The World Trade Center transportation hub, known as The Oculus, is home to trains, restaurants and even a mall. It was designed by Santiago Calatrava, and cost a whopping $4 billion to create. The clean, modern design, complete with a 335 foot long skylight and a huge atrium of white interlocking ribs, is a jaw dropping piece of New York architecture. The way the light streams in on the inside, and the way the outside structure looks like a dove with clipped wings (in a nice way), makes for breathtaking photo ops both inside and out. Go wild!

It’s no surprise that DUMBO is home to some of New York City’s most picture perfect spots. This highly photogenic neighborhood knows how to show off the goods.

Head to the corner of Washington and Front Streets. Here you can get an epic shot of the Manhattan Bridge framing the Empire State Building in the background.

It’s been said that this iconic view is the most Instagrammed spot in all of Brooklyn. And you’ll believe it when you go, as the street is often overrun with people taking the perfect selfie. You might have to wait your turn for a chance to snap a pic, but it’s worth it.

Location: the corner of Washington and Front Streets.

This Hudson Yards landmark is an extraordinary piece of interactive artwork! It’s a 16 story, 150 foot high spiral staircase, comprised of 154 interconnecting flights of stairs and almost 2,500 individual steps. It’s meant to be climbed, but you can only go inside with a ticket (and only service dogs are allowed). Luckily, the outside is pretty picturesque too. Snap away!

Walk along this charming street and you’ll find an oasis of quaint buildings nestled right in middle of the bustling city. Minetta Street was initially just a narrow path that followed a small tributary stream, known locally as “Minetta,” that flowed into the Hudson River. As a result, Minetta Street today is curved in a way that defies the tradition of New York’s grid pattern. The stream has long been paved over, but you can still follow it’s crooked and picturesque route.

This is one of my favorite spots in NYC. The big open space, the beautiful archways, the row boats floating by, and the massive Angel of the Waters statue! This spot in Central Park, right past the Mall, is the perfect place to spend the day and to snap some impressive pics.

Fun fact: Bethesda fountain is one of the largest fountains in New York, measuring 26 feet high by 96 feet wide.

The Brooklyn Bridge has views of the Statue of Liberty, the Lower Manhattan skyline, and of course, beautiful architecture.

The bridge features a 1.3 mile long pedestrian walkway suspended above lanes of traffic. Make sure to go early in the morning or late at night to avoid huge crowds.

Location: enter at the intersection of Tillary Street and Boerum Place, or via the underpass on Washington Street, about two blocks from Front Street.

The Flatiron Building, named for its resemblance of an old fashioned, cast-iron clothes iron, is one of the world’s most iconic skyscrapers. This giant pizza slice shaped building has 22 stories and is 285 feet tall. You can get a great angle for a photo if you stand in Madison Square Park, just across the street. Don’t forget to hit up Shake Shack and the Madison Square Park Dog Run after!

Named after George Washington, this 9.75 acre public park is always buzzing with activity and a frenetic New York energy that’s contagious. There are musicians on benches, sunbathers lounging on lawns and canines frolicking in the not one, but two dog parks. Pass through the iconic Washington Arch and snap a pic, and then dip your paws into the beautiful central fountain.

Coney Island is full of attractions, and fun and iconic New York imagery that will make any photo pop. Epic shots can be taken from pretty much any corner – you can even get a great photo of the Wonder Wheel from the subway as you come into the station. Don’t forget the historic Cyclone Wooden Rollercoaster, which debuted on June 26, 1927, or a delicious Nathan’s Famous Hot Dog. There are fireworks shot off at 9:30pm every Friday night during the season, if you’d like to add a bit of pizzaz to your pic.

Although most locals wouldn’t be caught dead in Times Square, it’s definitely a must-see if you’re new to New York. There’s always a great photo opportunity available in Times Square, with so much going on. Climb the big red steps, pose with one of the costumed characters, and check out the bright lights and giant advertisements.

Pepto Bismol vomit fiasco, but make it nice! That’s what you’ll get at Pietro Nolita, an Italian eatery pink paradise. The eye-catching pink makes for a fun, and unforgettable photo.

Doyers Street used to be known as The Bloody Angle, when local gangs used the nearly 90-degree bend to surprise attack victims. Today, the 200 foot stretch of asphalt in Chinatown is home to a colorful mural right on the ground. That, along with the curved bend, make for great photos! The backdrop will feature a street lined with souvenir shops and Chinese eateries. Perfect.

Street Art from the Bushwick Collective

The Bushwick Collective is an outdoor street gallery that features the work of artists from all over the world. The gallery begins on Jefferson Street and continues on Troutman Stree, going towards Saint Nicholas Avenue. Walk the streets at your leisure and snap photos with your favorite pieces. Don’t forget to tag the artists!

The Welling Court Mural Project has over 150 street murals on display throughout Astoria. What began over a decade ago as a project to beautify the neighborhood has morphed into an amazing public art experience. It’s free and open to the public 24/7/365.

With a neighborhood Bodega Cat

I know, I know, there’s no bodega cat in this photo… but there is a dog!

A trip to New York isn’t complete without a visit to your local bodega, and no bodega stop over is complete without meeting the friendly bodega cat! Bodega cats, often referred to as a ‘deli cats,’ are the felines who live and work in New York City’s corner stores. Their job is to keep vermin away, and they are given food, shelter and plenty of love in return. They’re often found patrolling the shop, sleeping on a pile of newspapers, or sitting near the flowers that are sold outside.

Location: a bodega near you.

When the Pepsi bottling plant in Gantry Plaza State Park closed in 1999, the sign was preserved and eventually lowered to it’s current location. Now, the scripted red lettering is on the waterfront, and available for getting up close and personal. It’s a nostalgic piece of pop culture with the skyline in the background – a great place for a photo!

The New York skyline is one of the most iconic in the world. With soaring skyscrapers and amazing architecture, you can get a stunning photo from many different vantage points all over the city. Some of the best views of the skyline are seen from ferries (the Staten Island ferry is free!), bridges (try the Brooklyn Bridge), or from up high, like the top of the Empire State Building. 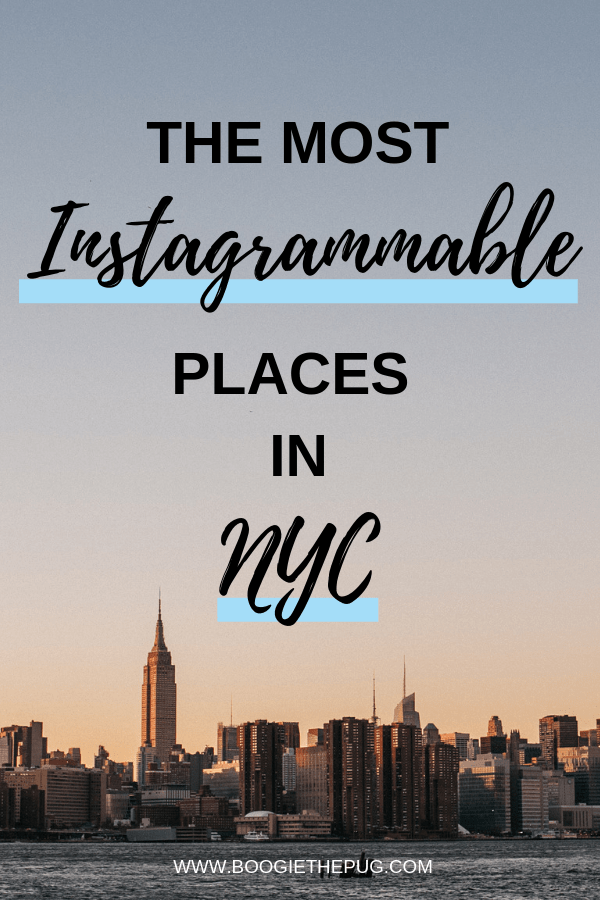 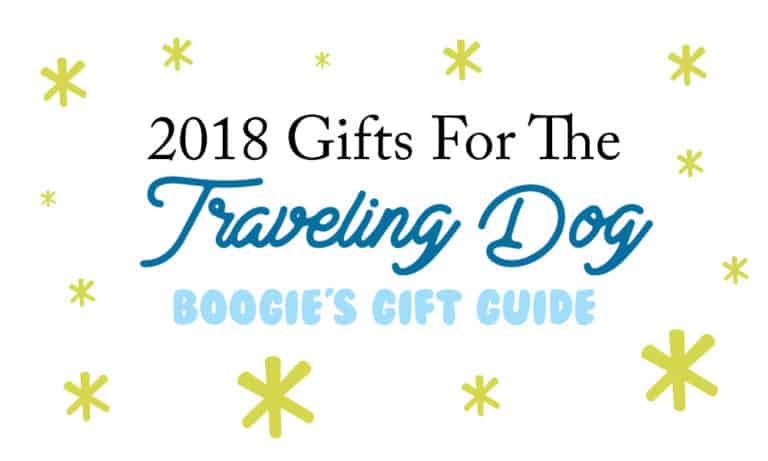 Got a dog who loves to travel? Then you need this gift guide! Check out the perfect gifts for the traveling dog, plus other gift guides for your pet. 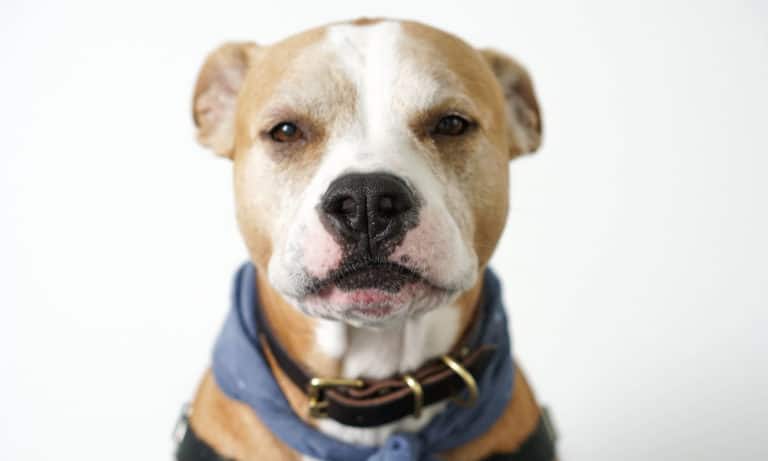 Some airlines won’t allow specific breeds or cross mixes to fly. Take a look at what breeds are banned, and if there’s a way around it. 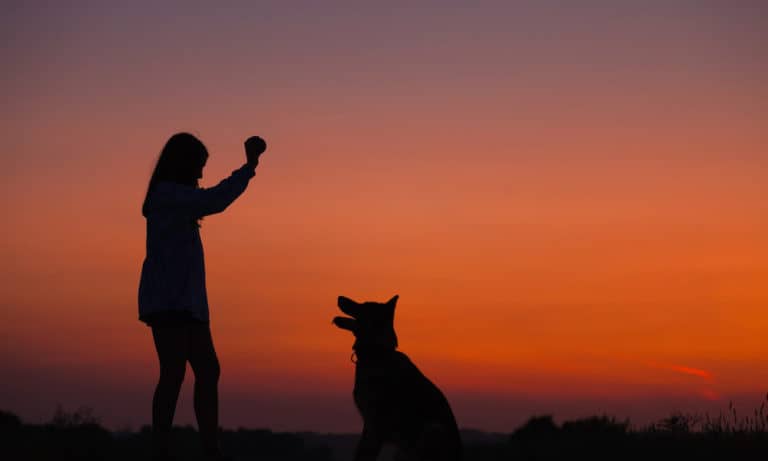 Whether you’re staying in a hotel or camping, it’s important for your dog to put their best paw forward. Here’s a list of commands that are helpful while traveling. 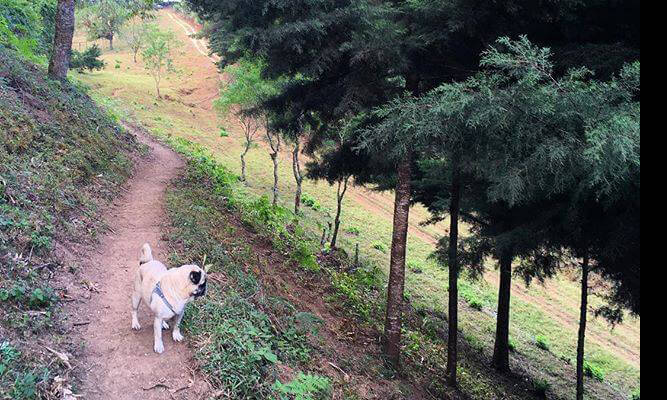 Dogless on vacation? Not to worry! Check out these tips for adding a bit of dog slobber to every trip. Here are ways to hang out with dogs on vacation. 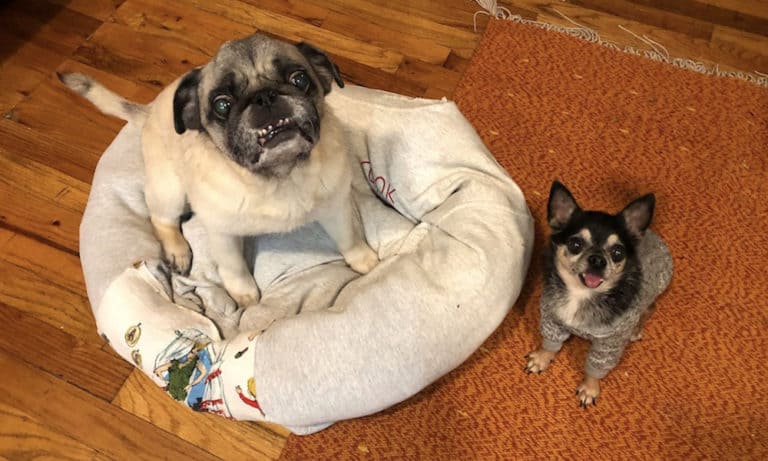 Breathe new life into your old sweatshirt by turning it into a pet bed! This is a quick and easy project that you can do at home. 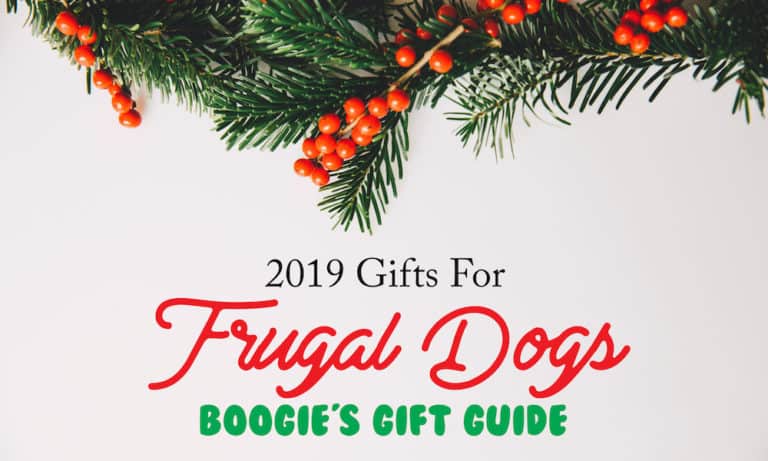 Broke dogs can enjoy the holidays too, with this frugal dog gift guide! Here are holiday items that won’t break the bank – they all cost $10 or less.