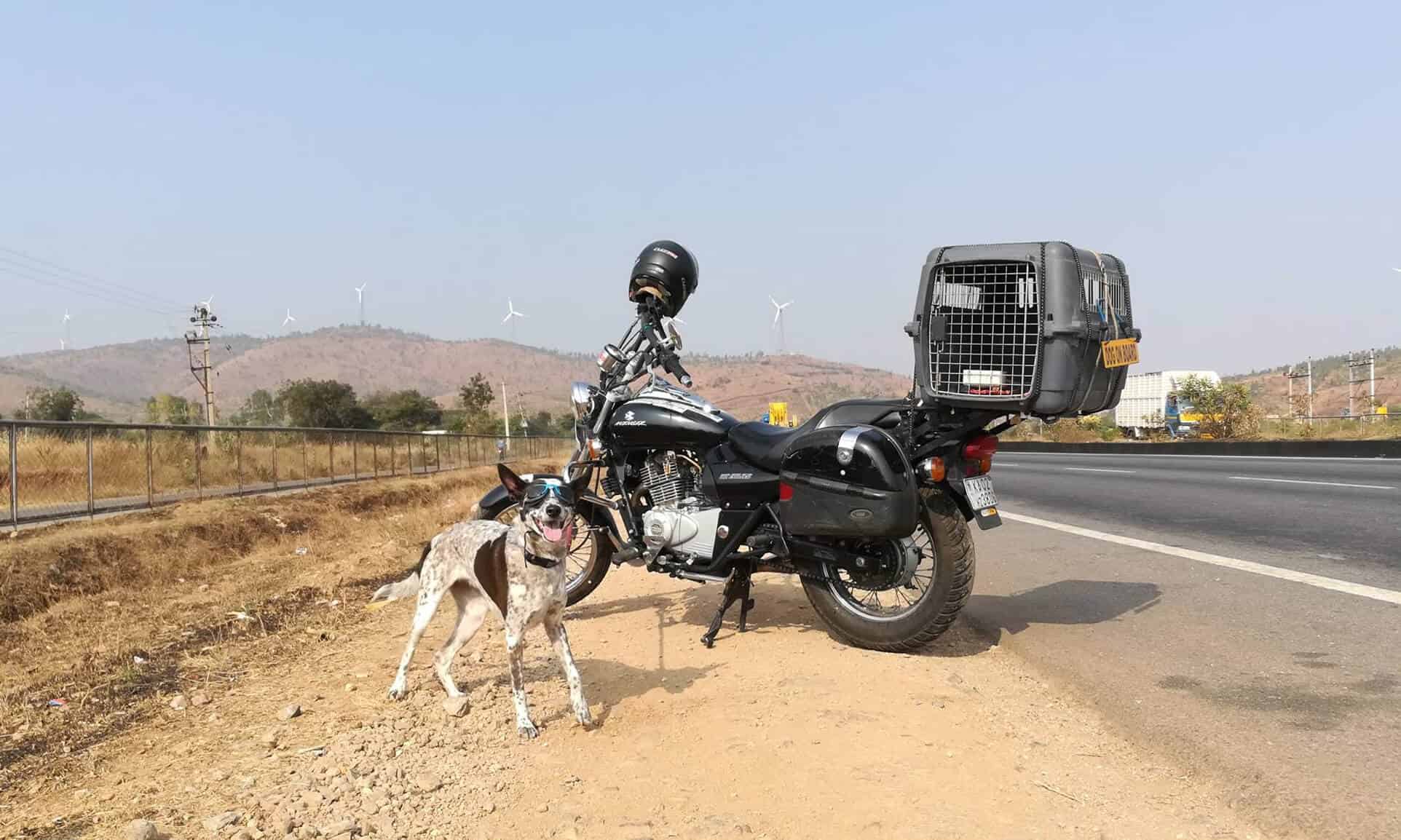 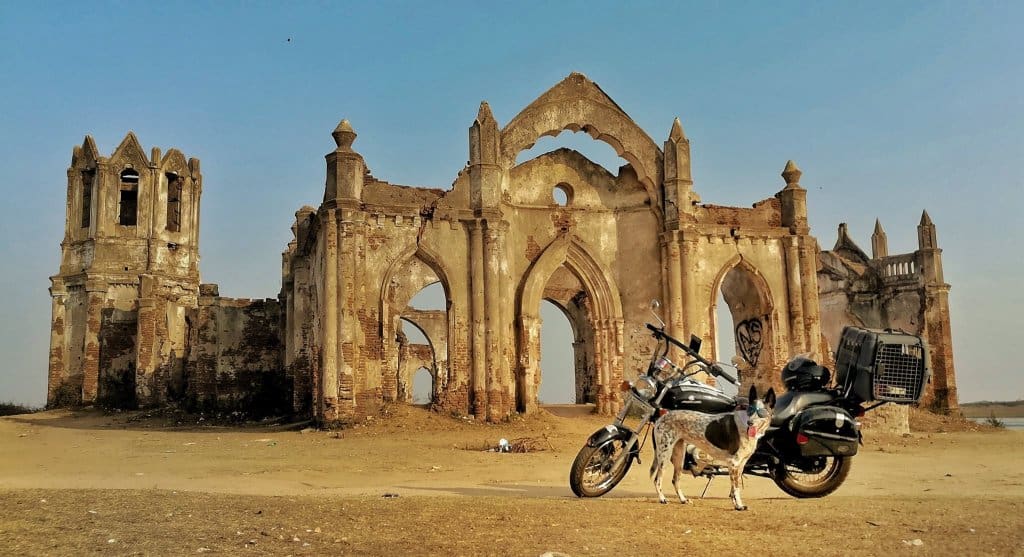 Gowtham Shravan Kumar, a videographer living in Bangalore, loves traveling on his motorcycle. When he rescued Chandramouli, a stray dog in India, he didn’t let his new addition slow him down. He included Chandramouli in his life, introducing her to his motorcycle and bringing her on rides. Soon the two began making journeys together, going on bike trips, and traveling throughout Bangalore and India. Gowtham and Chandramouli have no plans of stopping. They recently returned from a trip throughout India together, and were happy to answer a few of our questions. 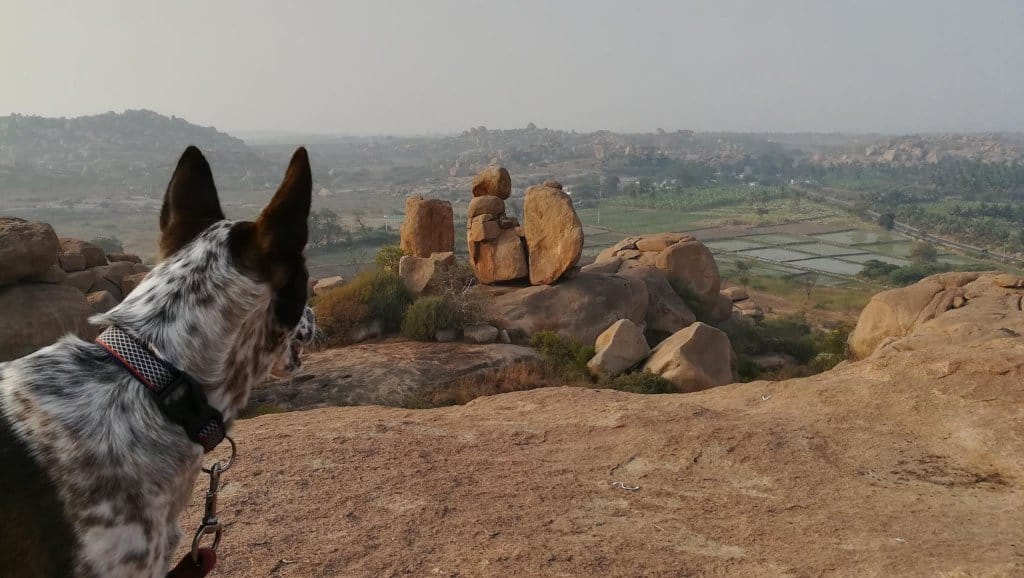 What inspired you to take this trip with your dog?

I have been into traveling on my motorcycle since 2012. Since then, my bike has been part of all major and minor of my life events. I got married in 2015 and soon after, adopted a stray pup named Chandramouli. I didn’t have a car and I didn’t want to give up on traveling. I happened to spot a dog crate while buying something for Chandramouli and it gave me an idea. Fortunately, a friend already had a crate that could fit puppy Chandramouli, so I mounted it on the rear seat of my bike and rode to Mysore. There was no problem and it worked. But my wife couldn’t come along. So I spoke to a mechanic who made a rear carrier rack for my bike on which I mounted a bigger crate, so that I could use it even after Chandramouli grew up. I tested it and I haven’t stopped since then. We’ve been to Mysore several times, been to Pondy, and went to Hampi and Hassan recently.

How did you prepare your dog for the journey?

I took her out on short rides first, even when she was a pup. Gradually, I increased the duration and distance. 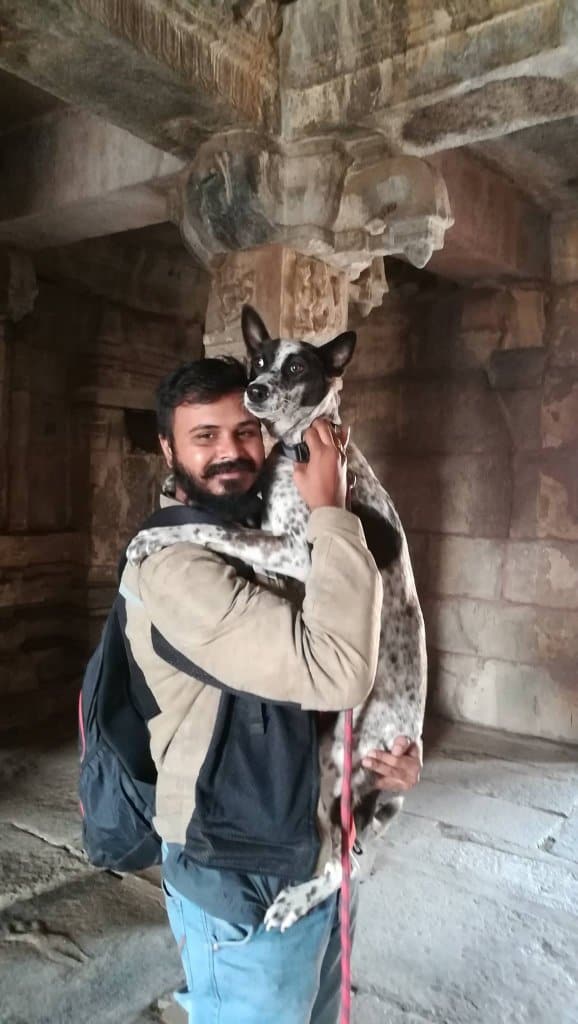 What was the hardest part about traveling with your dog in India?

I have to control my speed. Without my dog I may go up to 120 kmph, but with a dog, I can’t cross 80. This increases travel duration, as well as fatigue.

What was the best part of the trip?

Can’t say. Every moment of the trip was great.

How did locals react to seeing a man on a bike with a dog?

They were seeing a dog on a bike for the first time. Naturally, they were surprised and curious. If you have a dog with you, you don’t have to put in effort to talk to others. Others will come and talk to you. Nobody was ready to believe that Chandramouli is an Indian dog. Wherever I stopped I got these questions:
How much did you pay for this dog?
Which breed is this?
Is it a hound?
And one guy even said to his friend “It’s a breed dog, he is just f**king with us.”

What were some essential items that you packed for your dog?

What surprised you the most about this trip?

There are plenty of places which are not advertised as ‘pet-friendly’ that will gladly allow pets inside if you request it. 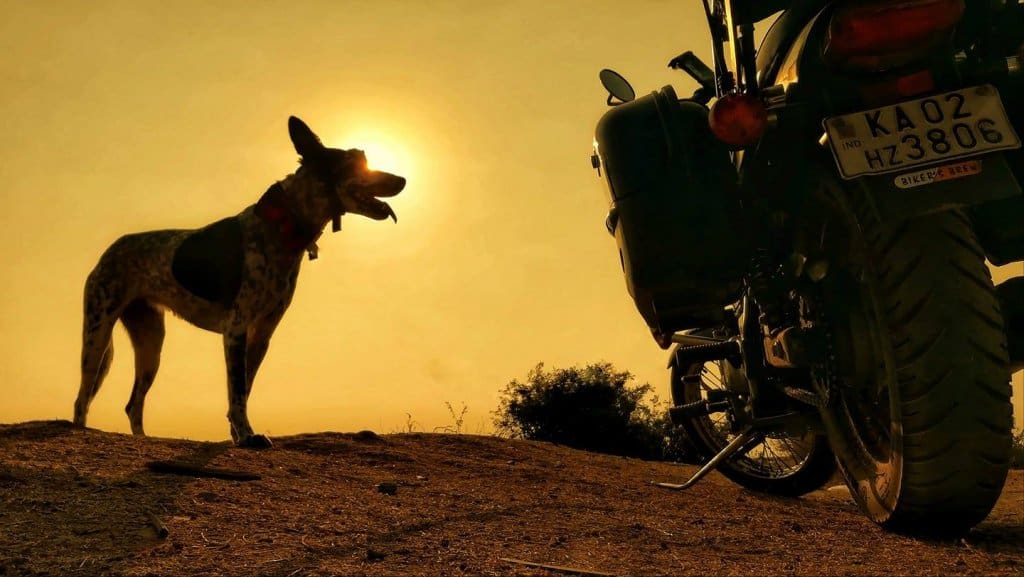 You visited different sites, including temples and religious sites. Did you bring your dog along, and if so, how?

At temples where puja (a prayer ritual) is performed, dogs are usually not allowed. I find it strange. A criminal will have no such restriction but dogs are not allowed (not all temples, but still). I have been told that cows can be taken to inner sanctum too. But dogs are not allowed. But, people have their religious beliefs and I respect that even if I don’t agree with it. For now, I am happy going to the doorstep of temples with my dog. At temples that are now ruins and heritage sites, there are no restrictions, but since they don’t see people getting dogs there every day, they don’t have a clear rule. It all depends on the security guard on duty and your ability to convince. I assured them that I would clean up if Chandramouli dirtied the place and they agreed. That’s how I got entry into Vijaya Vitthala temple and thus a picture in front of the very famous stone chariot. 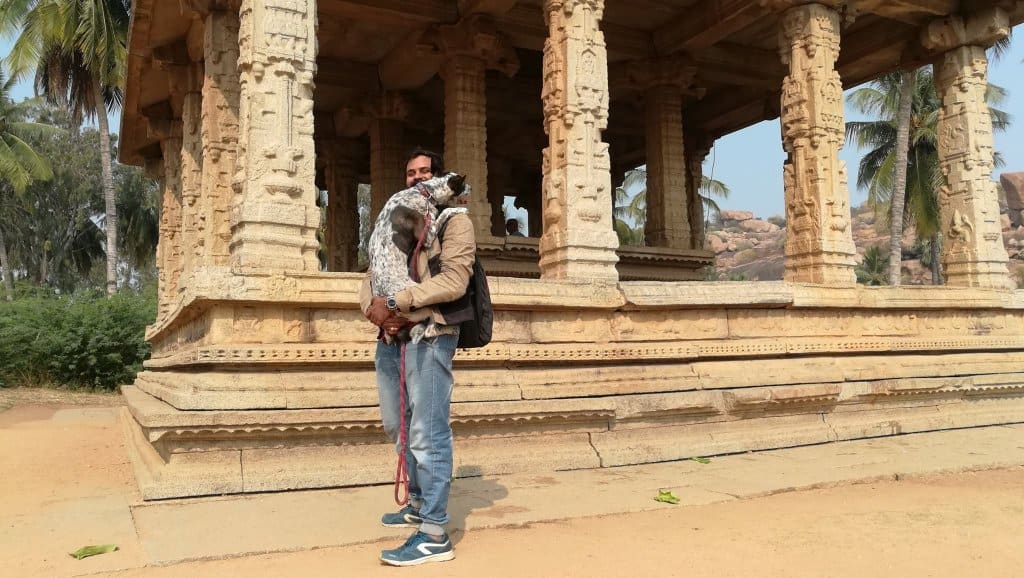 You started a pet transport company called PetPhati. Tell us about it.

PetPhati is a non-profit motorcycle pet transport service for animals under 25kg. This service has been mostly helpful in dog/cat rescues. There are pet cabs where I live but not many are open to take sick dogs. And sometimes rescuers put in their own money for stray dogs’ treatment. So, I feel, a small contribution from my side can make a small difference. I want more people to adopt dogs, and I definitely wanted to help those who struggle with the lack of transport for pets.

Thank you Gowtham and Chandramouli! 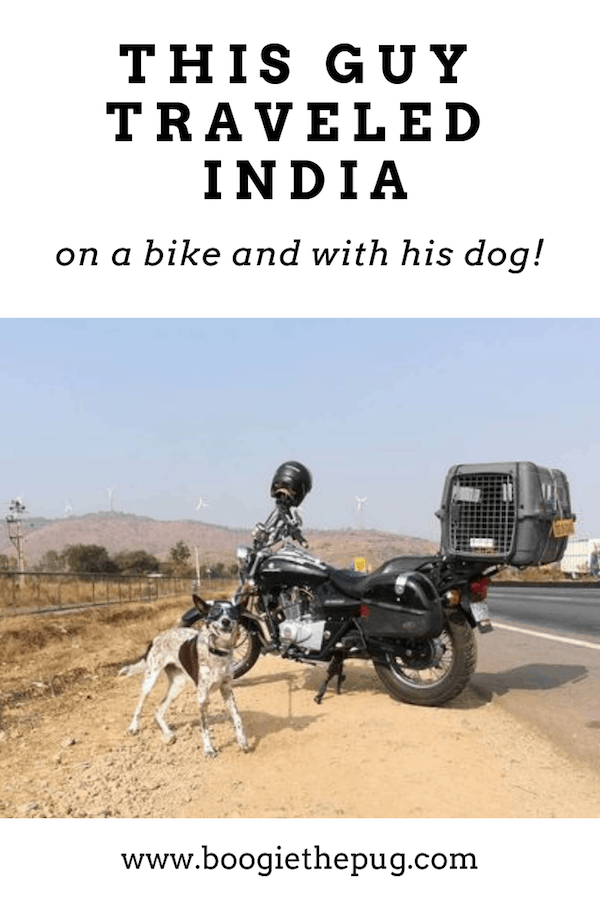 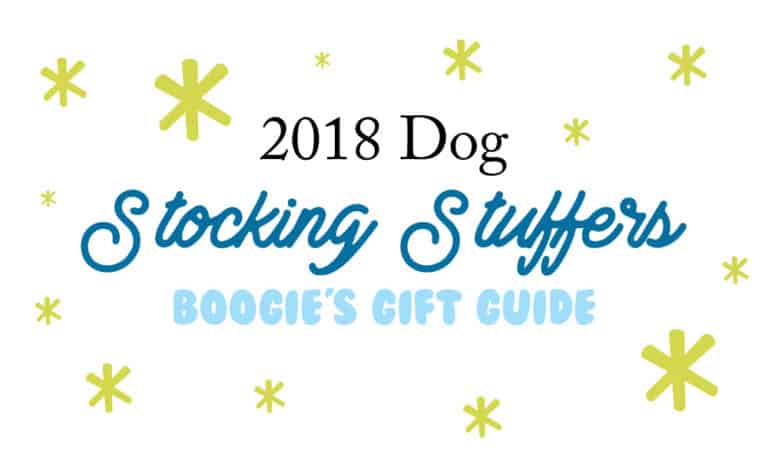 We’ve rounded up the best stocking stuffers for dogs! Time to hang your pup’s stocking and fill it up with these dog-friendly goodies. 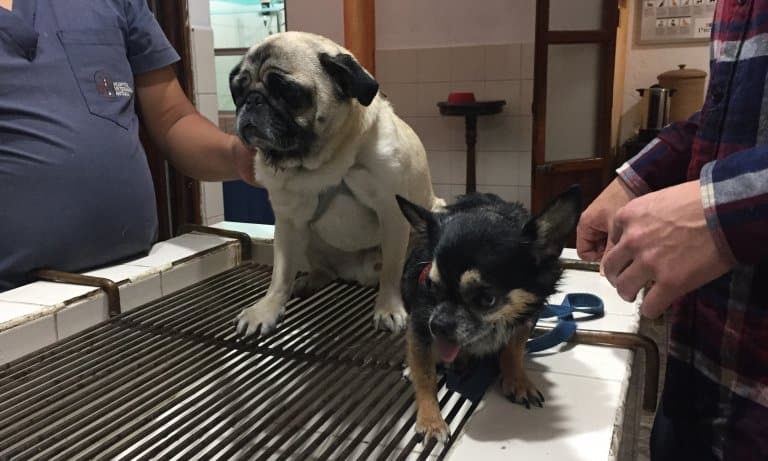 On a trip abroad, we experienced a pet emergency when our two dogs swallowed some harmful vitamins. Here’s a breakdown of what we did right, and what we definitely did wrong. 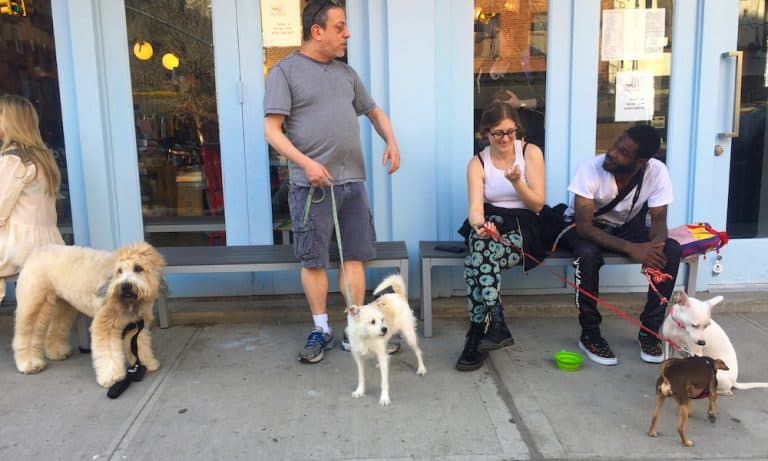 Bar crawls just got better because now, your pup can join! Grab some humans and their dogs and spend an afternoon hanging out at this dog friendly NYC bar crawl.

It’s the New Year! Time to reflect on what worked and what didn’t when it comes to life with dogs. Here are 8 ways to be a better dog owner. 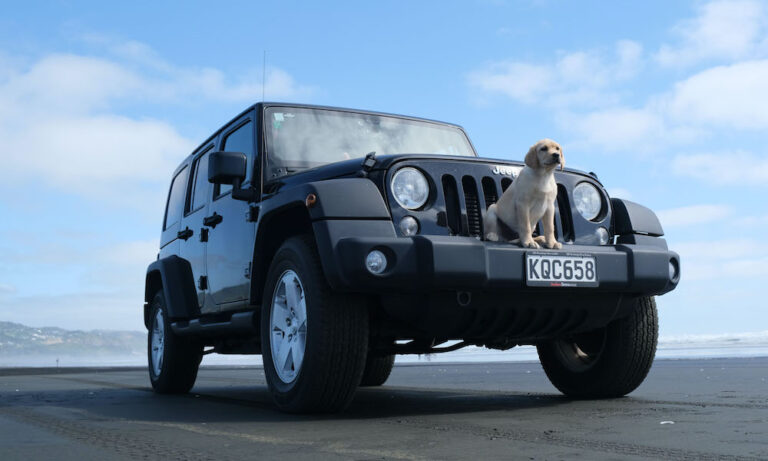 Dog-friendly road trip? We’ve got you covered! Here are 25 hacks to make traveling in a car with a dog a smooth ride. 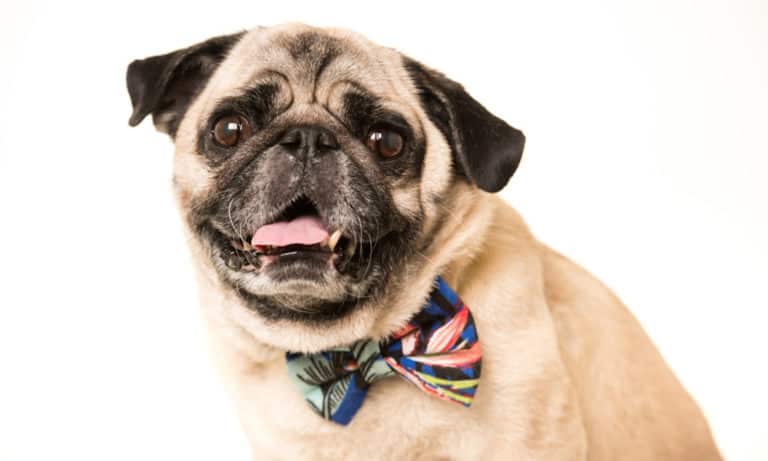 Want to add a pug to your family? There are almost 40 pug rescues across the USA! Rescuing is a great way to find a new furry friend and save a life.