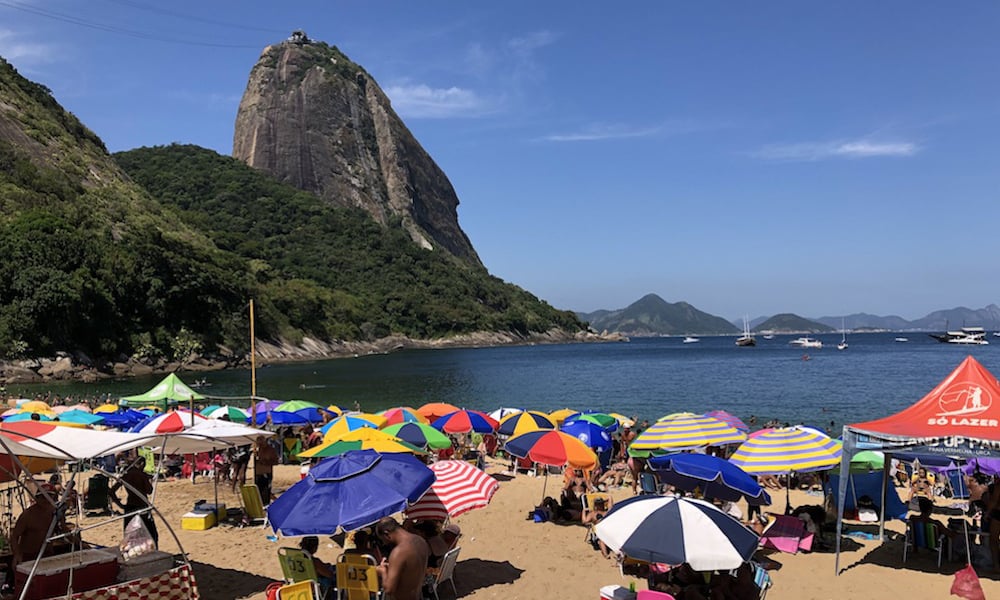 My favorite thing about traveling is getting to experience a new place with fresh eyes and ears. Things that are totally normal to locals can be super interesting and bizarre to newcomers.

This works both ways. I love to ask foreigners visiting or living in New York City what they think the strangest thing is about America.

A Spanish friend of mine said, “it’s weird that people leave a party without saying goodbye, or with just a ‘bye’ and a quick wave.” A Japanese artist staying at my house told me he found it strange that Americans often leave their shoes on in the house. My Norwegian friend was amazed that Americans follow the lives of celebrities so closely, as if they know them personally.

After living in Rio de Janeiro for a few years, the things on this list started to become normal to me. But, in my first few months, noticing these cultural differences was interesting and fun. They were like golden nuggets hidden throughout Brazilian culture.

Here are 14 things I’ve noticed as an American living in Rio de Janeiro.

1. No one drinks beer from a can

Beer is everywhere in Rio. It’s served super frosty, so cold in fact that it’s kept in special beer refrigerators at local bars to keep the temperature down. There’s nothing better than an ice cold beer on a hot day, and in Rio, you’ll see people drinking at restaurants, bars, in the street and on the beach.

But even when buying beer from a street vendor, no one drinks from the can.

Cariocas (Rio de Janeiro locals) always pour their beer into small cups, whether they’re sharing a can or bottle amongst friends – the common thing to do – or drinking on their own.

The reason is two fold. First off, cans are dirty, so you’d never want to put your mouth on one. And secondly, the small cups used to drink beer ensure you’ve poured a minimal amount that’s sure to stay cold until the last sip. Smart huh?

A rainy day is a totally acceptable reason to cancel plans, so be forewarned in case you’re planning something!

3. Keep the beer bottles on the table

If you head out to a bar in Rio, you’ll probably expect your server to clear an empty beer bottle from the table before bringing you another round. Think again.

Servers leave the empty bottles, often moving them to the side. The bottles act as a visual tab right on your table. At the end of the night, your waiter can count how many beer bottles are on the table and tally up your bill.

This method of serving keeps the beer flowing and the bottles coming, and helps you see just how much you’ve really had.

When you’re in Brazil, you’re on Brazilian time. That means that plans may or may not happen. What may seem like a concrete plan may actually be just an idea that’s not set in stone.

Other cultures can find this rude, but in Brazil it’s totally normal and even expected. Meeting times are a light suggestion. Everything is go with the flow and tranquilo.

One of the nice things about Rio is how friendly people are. It’s common for strangers to say hello to you.

If you’re headed to Rio, learn these basic greetings:

6. The credit card machine comes to you

I have to say, I love this about Brazil. When at a restaurant or bar, you never have to hand your credit card to a server and watch it disappear. Waiters bring a portable card reader right to your table when it’s time to pay. And that’s not all. You can pay at any point throughout the meal.

At a bar with friends and leaving early? No problem, just pay what you owe directly to the waiter. It’s no problem to divide the total into however many people are in your party.

And while Americans tend to round up, Brazilians keep things exact. Oh, I owe R$37.17? Pay exactly that.

I’ve gone to dinner with more than 10 people and seen every person pay separately. It makes going out to eat and drink with friends super easy and hassle free. There’s no splitting the bill at the end, and no one has to collect money.

7. Service entrances are a thing

It’s common for residential buildings with elevators and doormen to have service entrances and elevators. Despite their sketchy origins, service spaces are still used in Rio.

The service entrance of the building is for manual labor and/or things deemed unclean, and is in no doubt linked to a long history of racial prejudice. They’re used for things like deliveries, maids, returning from the beach or gym or moving furniture.

They’re also used for dogs. When we lived in a 10 story building in Copacabana for six weeks, we had to use the service elevator every time we returned from the beach or walked the dogs. It was definitely something we had to get used to!

Rio has an extensive bus system that runs throughout the city. Several lines even run 24 hours a day. But buses work a little differently in Rio.

For one, many bus stops are for multiple lines, instead of just one or two.

Most buses have a turnstile in the bus that you pass through after paying your fare.

You’ll also notice that on some buses you’ll hand the driver the money, and others will have a worker seated by the door who collects the money.

It’s a different system, but it works!

9. Ketchup is a popular pizza topping

Pizza is popular in Rio, but it sure looks a bit different. For starters, you’ll notice some interesting toppings. Popular toppings include catipury, a white cream cheese-like spread, camaraõ Paulista, shrimp that is fried with shell and all, and chicken. Pizza Portuguesa is sold in many places, a popular style with olives, ham, eggs, cheese, olives and onion.

But the most interesting thing I encountered was the way many Brazilians ate their pizza. With a fork and knife, and a side of ketchup! Ketchup is for burgers, fries and pizza. And it’s not exactly the same. The ketchup in Brazil tastes a bit different too; it’s sweeter.

10. There are themed all-you-can-eats

A rodízio is an all-you-can-eat style restaurant where you pay a fixed price to eat to your stomach’s content.

It goes a little something like this: you’re seated at a table with an empty plate in front of you. Servers bring around different items of food, and you decide whether you want some or not. You eat, and more items are brought to your table to sample. This cycle repeats until your stomach is ready to burst.

The most common type of rodízio is a churrascaria. They serve up different cuts of meat, pork and chicken, often on a skewer and sliced right at your table.

But there are other kinds of rodízio in Rio too, like sushi rodízio and my personal favorite, pizza rodízio!

Pizza rodízios have a wide variety of pizzas, with flavors like camarão a Paulista (whole shrimp fried with garlic and lime, with skin and all) and frango com catupiry (chicken with catupiry cheese). Dessert pizzas are usually available too, baked with chocolate and strawberries, or bananas and cinnamon.

Rodízios are found throughout the city, and they’re a lot of fun! Go with an empty stomach, and be ready to eat a lot of food.

11. Everyone drinks on the street

Cariocas love to party and spend time outdoors. It’s normal to see people hanging out in plazas, at makeshift bars, or at the beach, and drinking a cold beer. You’ll even catch people walking down the street or on the bus enjoying a drink.

This is made easy by the fact that there are vendors all over the city selling beer out of styrofoam coolers. You can literally buy beer anywhere. So head out and enjoy a cold one.

Brazilians are obsessed with cleanliness. You’ll never catch a Brazilian eating with their hands.

That’s part of the reason why no one drinks directly from the can. Cans are dirty! Who knows where they’ve been. When buying cans of beer at the supermarket, many come with a tinfoil lid. The lid means the can opening is protected from dirt and dust, and free of dirty fingers. It’s a neat little extra that you won’t find in the United States.

If you’re in Rio and you have a smart phone, you’re using WhatsApp. Everyone uses this app to text and make calls. It’s used both personally and professionally. In fact, many businesses will list their phone numbers accompanied by the WhatsApp logo.

Besides texting and calling, Brazilians love to use WhatsApp to send voice messages. These are audio snippets sent via text.

While they’re practical for the sender – it’s must easier to speak than type! – I always found voice messages to be a bit annoying if you’re on the receiving end. If you’re in public and it’s noisy around you, they’re a pain to listen to. Plus, many people tend to ramble.

Another bit of phone etiquette in Brazil is that a text should never start with a random question or comment. It should always begin with a greeting. This was a bit hard to get used to as an American, since I love getting straight to the point when it comes to phone communication. But oh well, you get used to it!

14. The beach is not just for swimming

Beaches in Rio are not just for swimming. They’re an extension of people’s very active social lives.

You’ll see everything at the beach, from dogs playing and people showering, to sports and exercise classes. People bleach their body hair at the beach, or tan with oils. It’s a place to party, listen to music and dance. It is also, unfortunately, a public bathroom during Carnaval.

There’s also a smorgasbord of food and drink available, sold by an array of vendors dotting the sand.

The most unusual thing I’ve seen at one of Rio’s beaches is an Yemanja ceremony, an Afro-Brazilian religious practice involving white clothing, lots of colorful flowers and offerings of food.

Almost nothing is off limits.

Have you been to Rio? I’d love to hear about it in the comments!

The subway is the easiest, and cheapest, way to get around the five boroughs. But are dogs allowed on the subway? Find out! 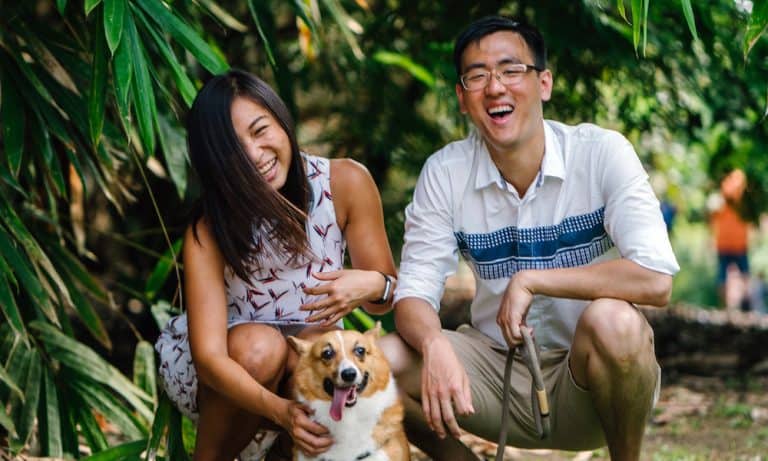 Vermont’s biggest city is a dog haven! There’s plenty to see and do with your pup. Here are 6 dog-friendly things to do in Burlington. 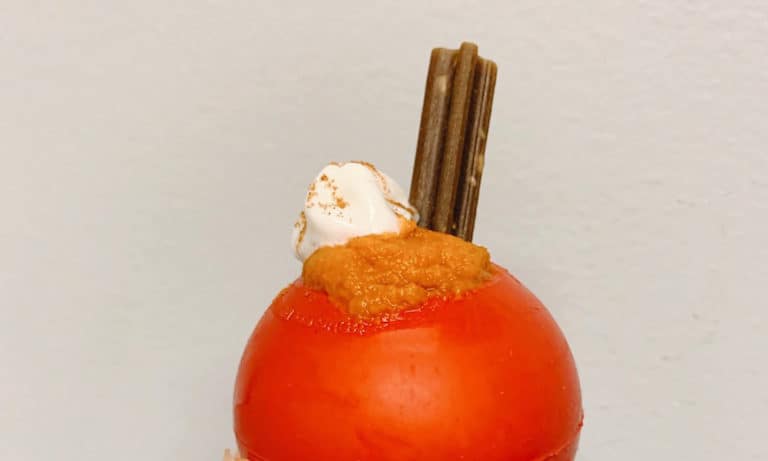 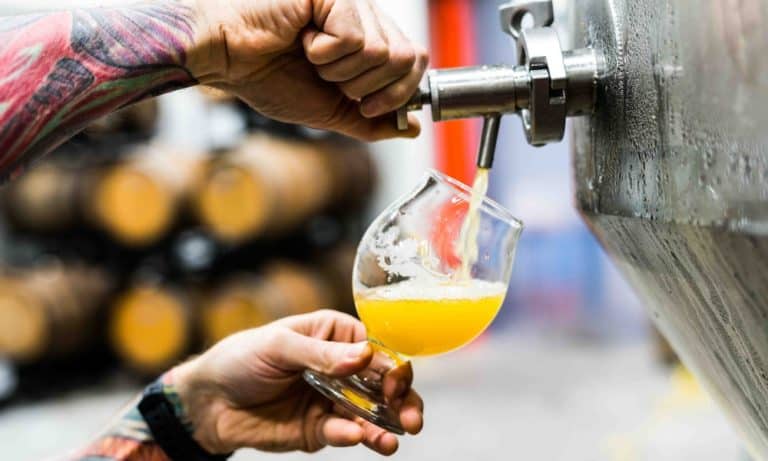 Many NYC breweries are welcoming to booze-guzzling dog lovers. Here’s a list of dog-friendly breweries in NYC. Grab your pup, and a pint! 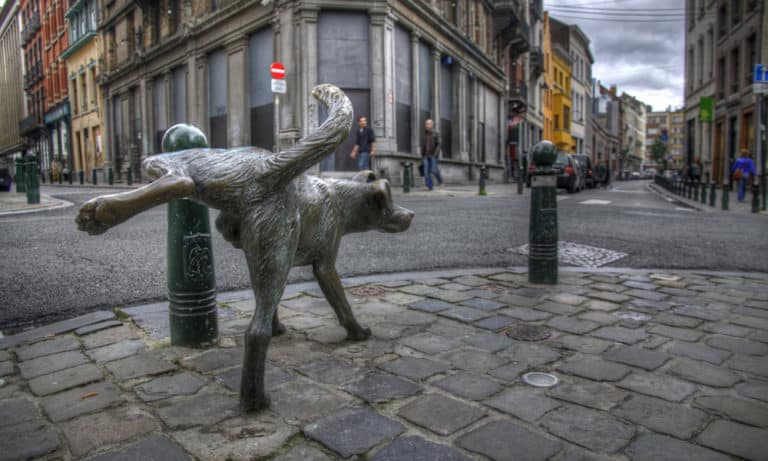 Dog statues memorialize some of the best good boys and girls from history. Check out these memorable mutt statues on your next trip.