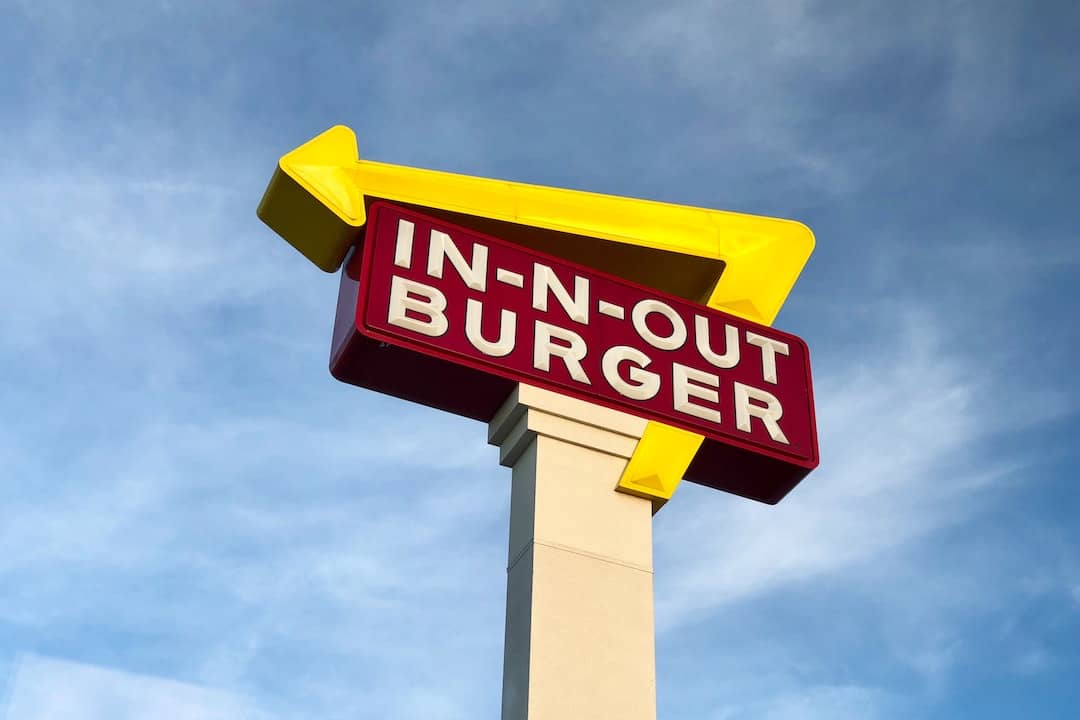 Fast food. It’s not the healthiest food in the world, but sometimes you’ve got to let yourself indulge and hope your stomach forgives you later. And if you get to enjoy fast food, why not let your dog enjoy some too? In moderation of course.

Luckily there are a few fast food restaurants that have our dogs in mind too. They’ve create secret, or not so secret, menu items for your dog to enjoy right alongside you. So head to these restaurants and place an order for your dog – you’ll get their tail wagging!

It’s no surprise that Ben & Jerry’s has dog-friendly ice cream – their headquarters have dog-friendly offices, where they welcome “K9-5ers” to join their humans at work each day.

Their Doggie Desserts frozen dog treats are made using very limited amounts of dairy and sunflower seed butter. They come in two flavors:  Rosie’s Batch, made with pumpkin and mini cookies, and Pontch’s Mix, made with peanut butter and pretzel swirls.

Everyone knows the Whopper, the classic burger that now comes with either a flame grilled beef patty or an Impossible burger. It’s great for meat lovers and vegetarians. But what about your dog?

Lucky dogs will get ahold of the Dogpper, a bone for human’s best friend made out of beef, cheddar, eggs, oat and brown rice flour, and sesame seeds.

Unfortunately, it might be hard to get your paws on this sought after bone. They were originally available through DoorDash, but it depends on your area. The Dogper is free with a purchase, but limited to one per purchase.

As if juicy chicken nuggets and crispy waffle fries weren’t enough, Chick-Fil-A also offers dog treats! But here’s the deal: they’re not made fresh on the premises, they’re just handed out at the drive-thru.

Many Chick-Fil-A Drive-thru windows keep a jar of dog treats at the counter for dogs on the go. If you’re lucky, some locations even have a Pup Cup available – a scoop of ice cream topped with a dog treat.

Both the treats and the pup cup are free, but don’t forget: Chick-Fil-A is open every day but Sunday.

This popular frozen custard chain gives out Milk Bones to dogs that come through the drive-thru. Some locations will even serve their Milk Bones with a small scoop of vanilla ice cream! It’s delicious and free.

Is Culver’s out of treats and ice cream? No problem, head to your local Dairy Queen. While you wolf down their popular Blizzard, your dog can lick up a pup cup: vanilla soft serve ice cream with a dog treat smack dab in the middle.

Here’s the catch: some locations charge for the Pup Cup, and others do not, so be prepared!

America runs on Dunkin’ and now your dog can too!

Dunkin’ (don’t forget, they dropped the “Donut” a few years ago) offers a pup cup, also called a puppy latte, for hungry dogs.

It’s just plain old whipped cream in a cup, with no coffee or syrups added, so it’s perfectly safe for your dog. It’s also free! Look out for fundraisers on select dates, when Dunkin’ sells their pup cups for $1 to raise money for charities.

Flashback to the past at the classic Johnny Rockets restaurants. The 1950s inspired diners serve up burgers, milkshakes, and fries, with mini jukeboxes at every table and waitstaff wearing traditional diner gear. While your dog can’t dine indoors with you, you can get your meal to go, or dine outdoors at some locations.

Select locations even have a dog menu, featuring dog-friendly hamburgers, ice cream, cupcakes, and carob ruffles. Those that don’t have the full menu will typically serve up dog-friendly cut-up hamburger patty with a bowl of water.

Ask what one of the best things about the West Coast is and you’re guaranteed to hear at least one person mention In-N-Out.

Besides human food, In-N-Out also whips up Pup Patties for all of the good dogs out there!

A Pup Patty is a perfectly grilled hamburger patty served plain—without any toppings, condiments, a bun, or salt. It’s a healthy meal or snack, even for those pups with sensitive tummies, and a good source of protein.

It costs $1, and can be ordered via drive through or at the counter (but don’t forget, dogs must eat outside).

Le Pain Quotidien locations often have dog treats available at check out, and if not, the waitstaff will be happy to throw your dog a bone.

In recent years they launched their dog-friendly PAWmpkin Spiced Latte, to go with their human Pumpkin Spiced Lattes and to kick off the fall season. It’s an off-menu item served in a pup-sized cup and made using certified organic pumpkin purée. Yum!

No need for secrets! Shake Shack has dog-friendly items on their actual menu. And yup, that means they’ll set you back a few bucks – they’re not free!

Shake Shack sells the Pooch-ini, a doggy dessert made of dog biscuits and vanilla custard. They also offer a Bag O’ Bones, which is a bag of five dog biscuits made by New York’s Bocce’s Bakery.

Sonic drive-in’s are a unique and fun experience for all. You roll up in your car, order thorugh an intercom speaker system, and have the food delivered by a carhop – yes, with skates on! Most drive-ins also have patio seating, in case you want to get out of the car and stretch your legs, and many have drive-through lanes. They’re the perfect restaurant if you have a dog with you.

Their menu is full of hamburgers and french fries, as well as onion rings, corn dogs, chili dogs, and milkshakes. Depending on the Sonic location, you’ll probably get a little something for your dog thrown into your meal.

Your carhop might bring over a treat, or you can ask for a pup cup, which, depending on who makes it, will either be a cup of whipped cream or a small cup of vanilla soft serve. Either way, your dog is sure to be happy!

You can purchase the Sprinkles pupcakes in store, or buy online.

We couldn’t write this list without including Starbucks. There’s one around every corner, and even the biggest coffee snobs have tasted a Starbucks cup of coffee before.

Starbucks are professionals at keeping their customers happy, and caffeinated, and that means dogs too. Hey, so many pups accompany their owners when getting their morning coffee that it made sense to cater to the four-legged customers too!

So Starbucks came out with the puppuccino, an espresso or sample size Starbucks cup full of whipped cream. Yup, it’s just whipped cream! There’s no caffeine, or harmful additives. And it’s free, so you won’t feel guilty about spending too much at the mega rich chain.

This beloved Canadian donut chain serves up delicious donuts and coffee. They’re famous for their Timbits, which are mini donuts that are as cute as they are delicious. Luckily your dog can indulge too, because Tim Horton’s offers plain Timbits without the added sugar for your pooch.

There’s a limit of one per pooch, but that’s ok, because both you and your dog probably shouldn’t eat too many donuts anyway.

What’s your favorite dog-friendly fast food restaurant? Let us know in the comments. 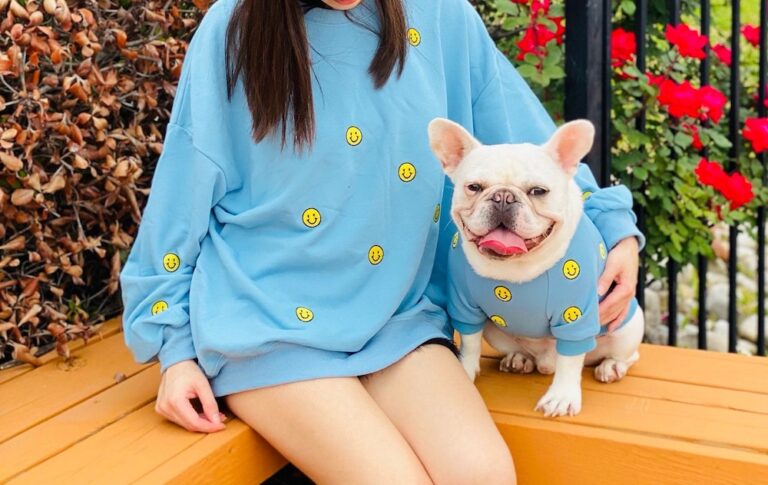 We did the research for you and put together a list of places with the best options for getting matching clothes for you and your dog. 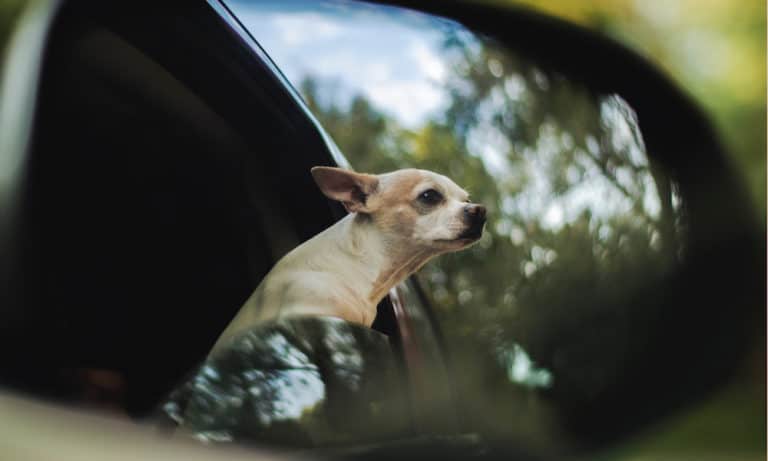 If you travel with your pet, chances are you’ll have to rent a car at some point. Here are rental company pet policies, and tips for traveling with a dog. 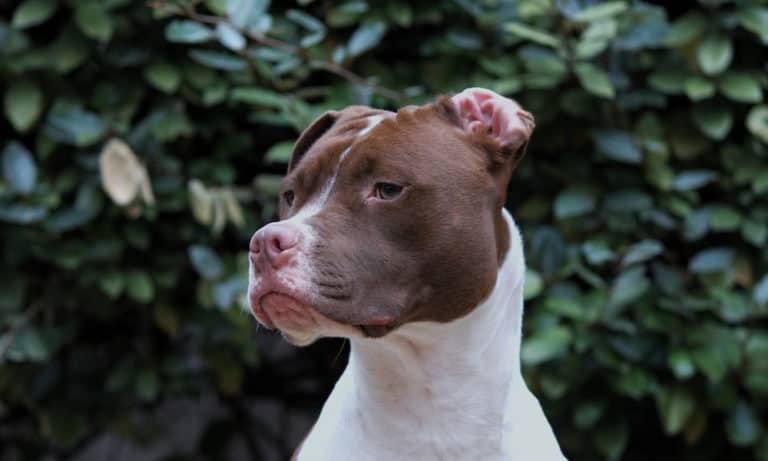 Some countries won’t allow specific breeds or cross mixes to enter. Take a look at who’s banning who, and if there’s a way around it. 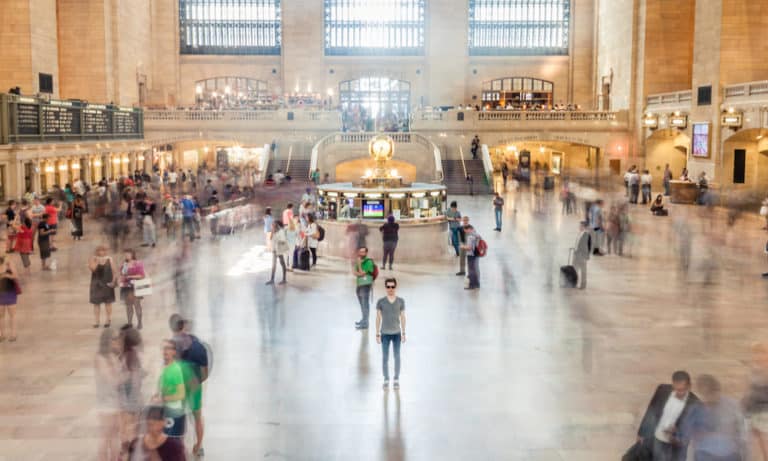 New York is one of the most expensive cities in the world, but visiting with your dog doesn’t have to break the bank. Follow these seven money saving tips. 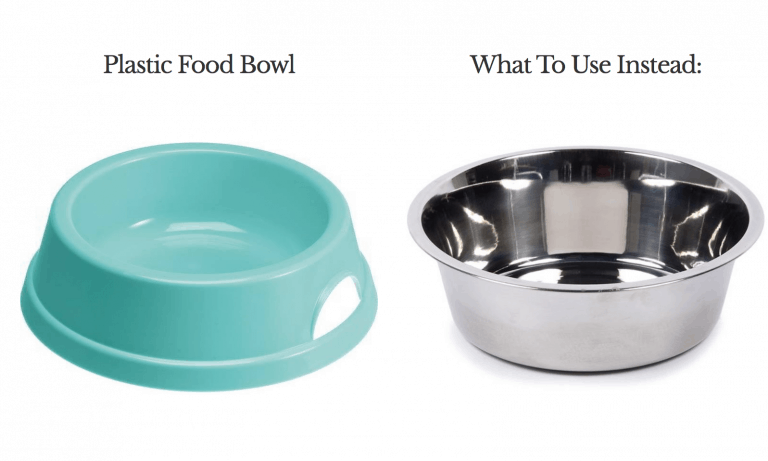 Here are 5 common dog products that you should replace with something better. Your dog will be happy you did it. 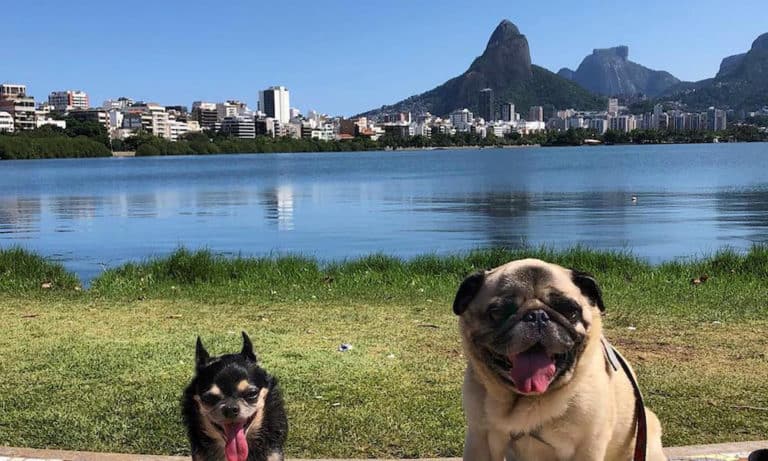 We touched down in Rio just over two months ago! Here’s an update, including how we found housing, and what the pups have been up to!