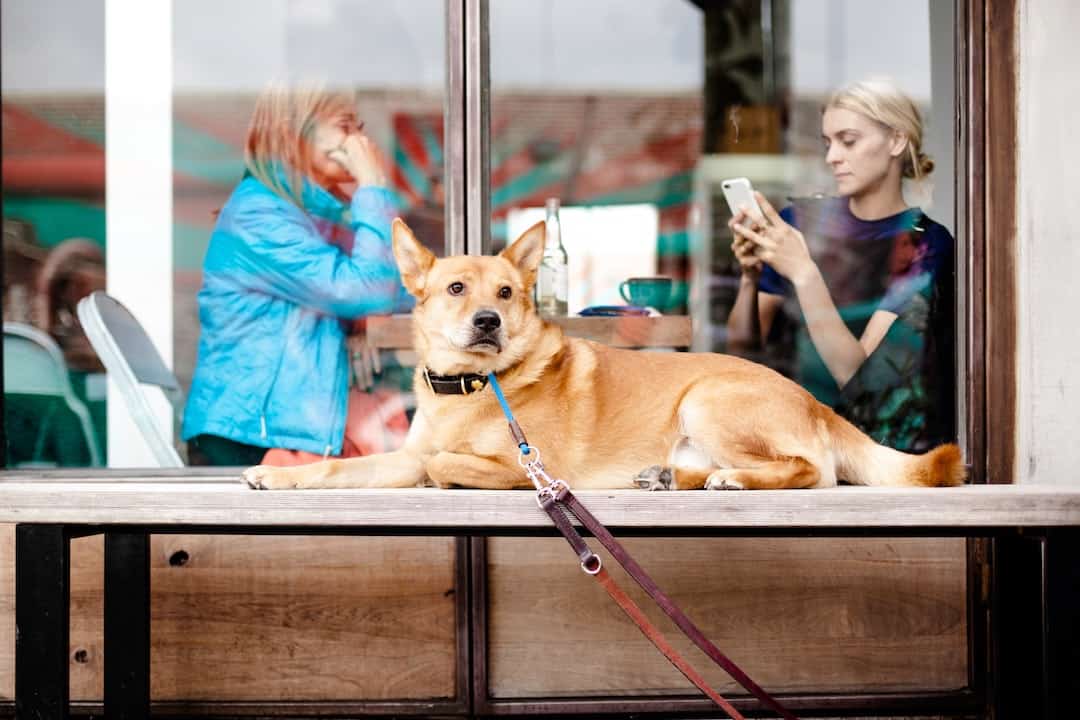 New York has gone to the dogs! Walk down any New York City street and you’re bound to see a plethora of four-legged New Yorkers any way you look. And while these furry locals have helped turn the city into a dog-friendly haven, that doesn’t mean your canine friends are exempt from NYC rules.

Yep, that’s right, there’s a whole set of laws strictly dedicated to four-legged city dwellers too. Help keep your dog’s paws on the right side of the law by following the rules. Here’s the low down on NYC dog laws.

Get your dog an NYC dog license

Click here for information on getting your NYC dog a license.

New York City is one of the most dog-friendly cities in the world! But your dog isn’t a true New Yorker until they’ve gotten their NYC dog license. That’s right, as if dealing with human bureaucracy wasn’t enough, your dog has to as well.

All dogs living in New York City need a NYC dog license – it’s the law! Not only that, but they need to keep the license visible on their collar or harness at all times while in public.

The only dogs exempt from needing a dog license are:

Getting your dog a license may seem like a drag, but rest assured, the license serves many helpful purposes!

Don’t forget to renew the license every one to five years, since licenses vary depending on your dog’s age and whether they’ve been neutered/spayed.

While your dog is in public, they must remain on a leash no more than six feet long. This is both for your dog’s personal safety, and to ensure they don’t harm others.

A person who owns or controls a dog may not allow it to be in any public place or in any open or unfenced field abutting a public place, unless the dog is effectively restrained by a leash or chain no more than six feet long.

The exception to this rule is during off-leash hours at participating parks or when your dog is in a dog run.

No one wants to have to navigate a minefield of turds simply by walking down a New York City sidewalk! New York City has a long history with dog poop.

Fun fact: Back in the early post WWII-era, the city relied on an antiquated system in which sanitation workers were required to sweep animal feces from city gutters. When that didn’t work, they installed “doggie toilets” around town – a short-lived phenomenon!

When none of their solutions worked, the Canine Waste Law or Law 1310, known colloquially as the “pooper scooper law,” was passed in 1978. The law requires residents to both “curb your dog!” and pick up after them.

Here’s the law in writing:

Each person who owns or controls a dog must remove any feces left by that dog on any sidewalk, gutter, street, or other public area and dispose of it in a legal manner.  The person may remove the feces and carry them away with him/her for disposal in a toilet or their own trash container or trash bag. The feces may also be placed in a non-leaking sealed bag or container and deposited in a DSNY litter basket. The provisions of this law do not apply to a guide dog accompanying any blind person.

I think most would agree that this is an important law, and that dog poop covering the sidewalks is no good. Always have poop bags on hand and clean up after your dog.

Failure to pick up after your dog could land you with a fine of $250, not to mention some well deserved stink eyes.

Controlling Your Dog and Preventing Them from Causing Nuisance

Training your dog won’t just make your life and theirs easier, but it’ll help in following the law. The dog nuisance law prevents dogs from being a nuisance to others when out in public.

A person who owns, possesses or controls a dog, cat or other animal shall not permit the animal to commit a nuisance on a sidewalk of any public place, on a floor, wall, stairway, sidewalk, lawn, garden or roof of any public or private premises used in common by the public, or on a fence, wall [or], stairway or entranceway of a building abutting on a public place.

As stipulated in the New York law, you should control your dog and prevent them from becoming a nuisance within any public or private premises. Failure to do so may attract a fine ranging between $200 and $400.

NYC dog law states that all dogs must be vaccinated against rabies.

According to Public Health Law, Article 21, Title 4: Rabies, you must adhere to the following:

Don’t forget to carry proof of the rabies vaccines whenever you take your dog out! Along with your vaccine, you’ll get a rabies tag to put on your dog’s collar or harness.

Dogs should never live outdoors. That’s not just a suggestion, it will soon be a law! Ok so it has yet to be signed by the governor, but a new bill in New York State states that tying or chaining a dog for longer than three hours is illegal. Not only that, but if you do plan on keeping your dog outside for a period under three hours, there are rules regarding the size of their cage.

New York State also has laws when it comes to dangerous pets and your liability as an owner for injuries caused by your dog. New York Agriculture & Markets Code section 123 addresses a dog owner’s potential civil liability when the owner’s dog injures another person. The statute covers injuries caused by bites, as well as non-bite injuries, like those suffered when a dog knocks a person to the ground.

According to New York State, “dangerous dog” means any dog which:

New York State outlines serious injuries as ones that:

If you own a dog in New York, it’s best to make sure they don’t fall under the “dangerous dog” category. If your dog is reported, not only will you have to deal with a trial, but you may be fined and/or charged with a misdemeanor. You’ll also be liable for all medical bills resulting from injuries, meaning that if your dog is found to be dangerous, you’ll have to pay the injured person’s medical bills.

The consequences don’t end there. Dogs who are deemed dangerous may require muzzling, to be insured, or worse, the judge or justice may call for humane euthanasia or permanent confinement.

Although New York still has a ways to go when it comes to establishing laws that protect dogs (dogs are still seen as property!), they do at least acknowledge animal cruelty.

NYC dog cruelty laws prohibit any person from over-driving, cruelly beating, unjustifiably injuring, maiming or killing a dog. It’s also against the law to deprive your dog of food, drink, or shelter.

Let’s break it down:

It is against the law to overdrive, overload, torture or cruelly beat or unjustifiably injure, maim, mutilate or kill an animal, whether wild or tame. It’s also prohibited to deprive any animal of necessary sustenance, meaning food or water. This applies whether the animal belongs to a person or not, and is punishable as a misdemeanor with either imprisonment, a fine, or both.

There are many dog laws regarding shelters and adoption in New York, but one of the most widely known revolves around spaying and neutering.

Section 377-a, Agriculture and Markets Law stipulates that any dog that’s up for adoption must be spayed or neutered before being released for adoption. It states that animal shelters, dog control officers, and humane organizations may not release a dog or cat for adoption unless:

If you choose to purchase, rather than adopt, a dog in NYC, there are laws to protect you too! According to General Business Law, Article 35 D, consumers who purchase sick dogs or cats from pet dealers, including pet stores and breeders who sell more than nine dogs or cats per year to the public, have certain remedies under the law in the event the animal becomes ill.

These remedies are as follows:

Be warned that intestinal parasites are not grounds for declaring the animal unfit for sale unless the animal is clinically ill.

If you come across a dog locked in a car, the law says you can intervene under certain conditions. This is especially important if temperatures are extreme – you could be saving a life!

According to Article 26, Section 353-D, a person cannot confine a companion animal in a vehicle in extreme temperatures (cold or hot) without proper ventilation or other protection from such extreme temperatures. If the operator of the vehicle cannot be located, the following people may take necessary steps to remove the animal from the vehicle:

A written notice must be placed on or in the vehicle with the name of the officer or agent, the department or agency and address and other contact information, and, if available, where the animal or animals will be taken.

If found guilty of endangering a dog in your car you can receive a fine of $50 to $200.

Established in 1983, the New York City pet law states that residents living in buildings with more than three units may keep a pet in a no-pet building if that animal has been kept “openly and notoriously” for three months or more.

It also applies to condominium owners in Brooklyn, Queens and Staten Island, but not to condo owners in Manhattan and the Bronx, or to those living in New York City Housing Authority (NYCHA) buildings.

The pet law was created in response to disputes between landlords and rental tenants, when landlords who had looked the other way for years were suddenly evicting people for breaking the no-pets rules. 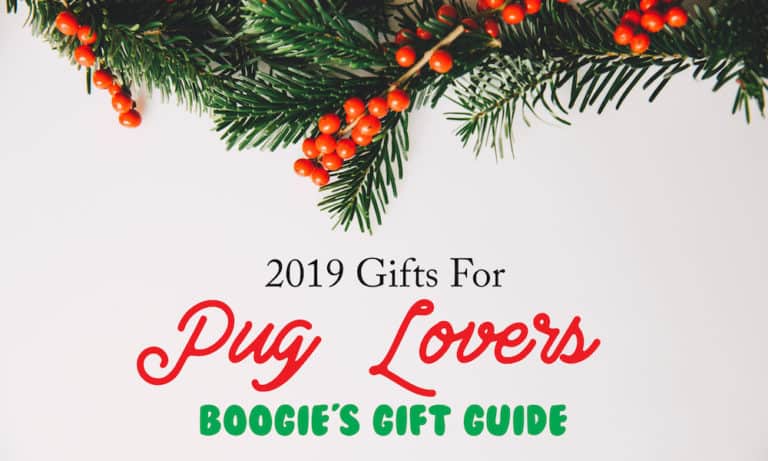 Get the pug obsessed people in your life the perfect pug stuff this holiday season. These are the best gifts for pug lovers. 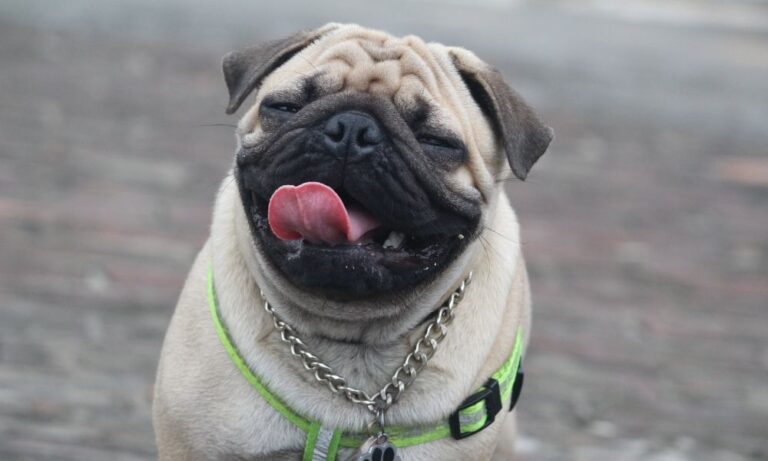 What is a pugs life expectancy and how long will your pug live? Read on to find out, and to learn how to extend your pugs life! 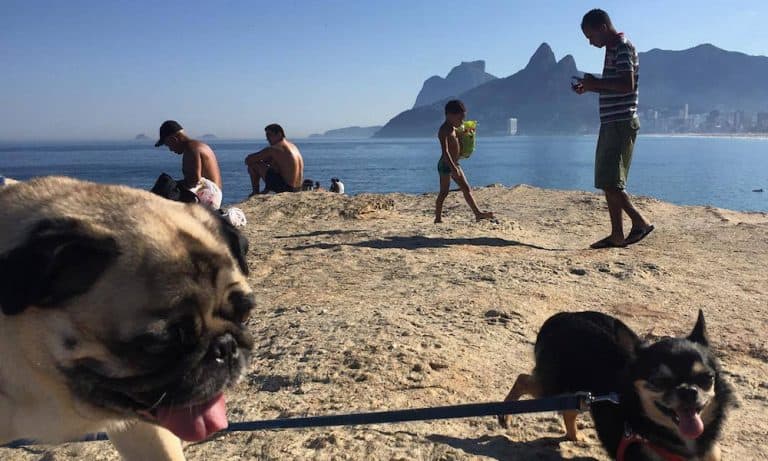 Flying internationally with your dog? Check out our guide and make sure you’re prepared! 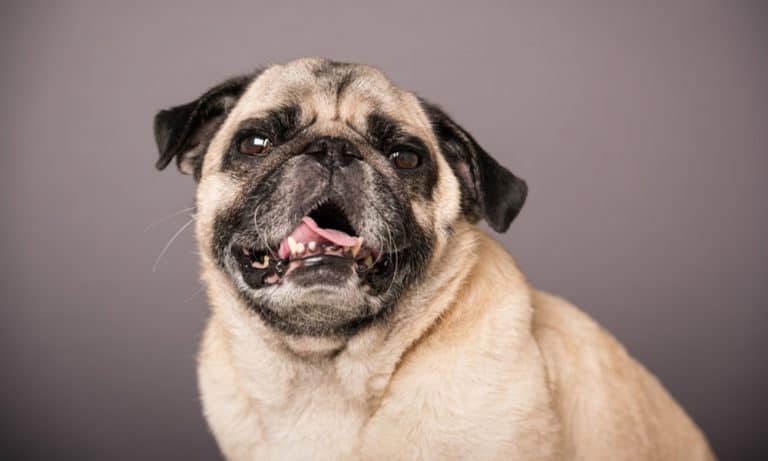 Pet obesity is an epidemic in the United States. Here’s how to help your pug lose weight, so they can stay healthy and live longer. 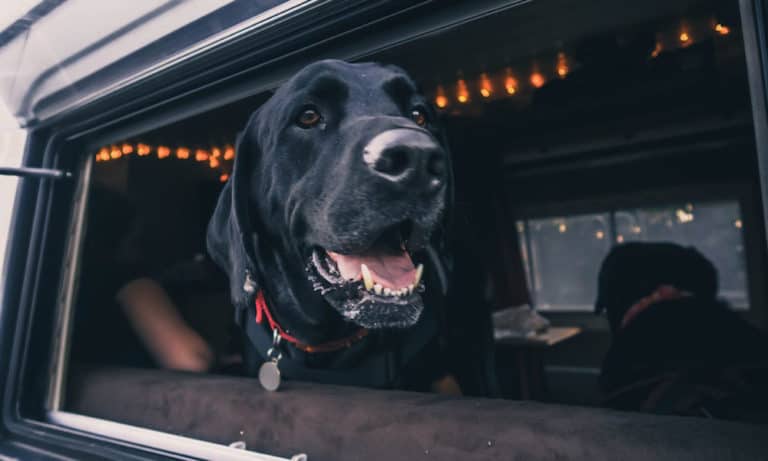 When Yana and her boyfriend Calum decided to travel around Europe, they knew their two dogs would definitely be along for the ride. 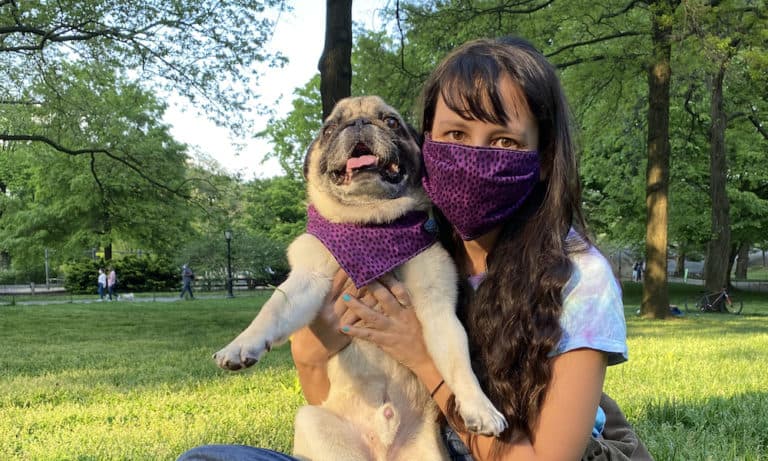 Learn how to make a dog bandana and matching face mask. It’s an easy way to protect yourself and look good at the same time.